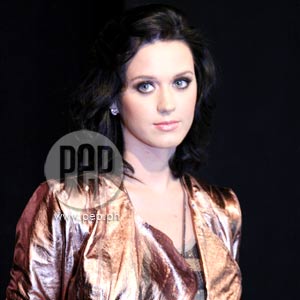 American singer-songwriter Katy Perry will stage her Rocks for Relief concert tomorrow, November 14, at the SM Mall of Asia Concert Grounds in Pasay City. The fund-raising concert will benefit the Philippine National Red Cross in its drive to assist the victims of typhoon Ondoy and Pepeng.

American singer-songwriter Katy Perry's one-night concert here in the Philippines will push through tomorrow, November 14, at the Mall of Asia Concert Grounds in Pasay City.

Katy, whose ticket to international fame was through her hit singles "Ur So Gay" and "I Kissed a Girl," was supposed to perform last October 3 together with the pop rock band Boys Like Girls, but had to cancel as the country at the time was still reeling from the devastation of typhoons Ondoy and Pepeng.

To join the various charity efforts following the disaster, Katy and the show's producers, have decided to turn the concert into a fund-raising event to increase relief efforts for the typhoon victims.

The Philippine National Red Cross is the event's sole beneficiary. Concert goers are encouraged to bring donations in kind.

"Donations in kind like food, water, clothes, blankets and medicines are welcome," concert organizers announced in their official press release to the media.

At the press conference held earlier today, November 13, at the Conway's Bar of Makati Shangri-La Hotel, Katy said she thinks "it's wonderful" that her concert has become a venue for a noble endeavor.

Born on October 25, 1984, Katy Perry—whose real name is Katheryn Elizabeth Hudson—started her music career as a gospel singer before signing up with Capitol Records in 2007. Katy's debut album, One of the Boys, was released in 2008 with her single "Ur So Gay," gaining attention in the online community.

Katy's departure from gospel music to pop-rock was stressed even more by her debut record's main single, the controversial "I Kissed a Girl." The song was a huge commercial success, nailing the Billboard Hot 100 top spot for seven weeks and figuring strongly chart-wise in 30 countries.

CLICK HERE to see a portion of her presscon interview.