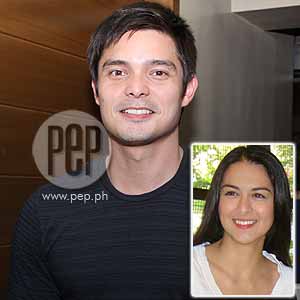 Dingdong Dantes waxed enthusiastic when a reporter asked him if it was okay with him to appear as a guest in Marian Rivera's Darna.

Although this made the 29-year-old actor happy, he said he didn't want it to appear that his show was competing with another Kapuso program.

Dingdong further explained his support for the show of his rumored girlfriend. He said, "Ang suporta at pag-ibig ko diyan, e, sobrang kakaiba 'yan. So I'm happy for her success. Para sa akin, let's not put any issues kung sino ang natalo nino because what's important is we're doing good for ourselves at para sa network."

REUNION PROJECT. Dingdong and Marian are rumored to have a reunion project in the remake of one of the installments of the Koreanovela Endless Love—Autumn In My Heart, Summer Scent, and Winter Sonata.

However, the actor said that they might have to wait for the end of their current TV projects.