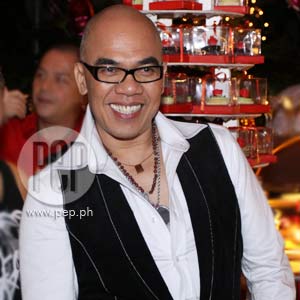 Television host and talent manager Boy Abunda is willing to conform should the court decide to uphold Republic Act 9006, better known as the Fair Election Act. Boy stressed, however, that he along with most of his colleagues are not covered by the provisions since they are only "talents" of their home stations, not "employees."

Talent manager and television host Boy Abunda shared this sentiment to PEP (Philippine Entertainment Portal) in connection with the Commission on Elections (Comelec) ruling, which orders entertainers and television personalities, including those working in the media, to refrain from actively endorsing election candidates throughout the voting period.

The Fair Election Act (Republic Act 9006) states that celebrities and TV personalities who are in any way involved with a candidate or political party "shall be deemed resigned, if so required by their employer, or shall take a leave of absence from his/her work as such during the campaign period."

The Act aims to ensure a "fair" and "honest" electoral process, citing that candidates who can afford to hire a popular personality for advertisements and other gimmicks are sure to gain considerable advantage over their rivals in terms of exposure. It also takes into consideration the powerful influence of television, radio and other media in shaping public opinion, which a candidate could certainly use to earn extra attention from the majority.

"WE ARE TALENTS." Boy stressed that election-related laws must be clear right from the start so as not to confuse the parties involved. He was particularly referring to the various incidents in the past when the Commission failed to properly implement its own set rules and guidelines.

"Kami, ako talaga, I'd like to emphasize, and I told Kris this, we abide by the law. Sumusunod kami sa batas, we pay our taxes up to the best of our abilities. We try to be the best citizen to this country. So kung anong batas susundin namin," he said.

The amiable talent manager also took note that as a host he never used whatever airtime given to boost someone's political bid.

"Even prior to the discussion of this case meron nang policy and ABS-CBN na ipinatutupad that mandates all its talents not to campaign, hindi magbahagi, hindi mangampanya, hindi gamitin ang ere and editorial time to endorse anybody. Pinagsasabihan kami dun, so prior to this [RA 9006], sinusunod na namin yon."

Boy echoed the opinion given by Kris saying that they should be spared from the ruling since they are technically not in the staff of their home station.

"Sabi ng aming legal department, sabi ng ABS-CBN 'yong pag-resign does not apply to us because we are not employees of the network," stressed Boy with confidence. "We are talents."

VOICING THEIR OPINION. Boy Abunda used to be affiliated with Sen. Manny Villar after he appeared in an ad interviewing the wealthy lawmaker about his inspiring rags-to-riches journey.

Boy would later say, however, that there was no agreement between him and Manny concerning endorsement deals. He was simply commissioned to conduct the taped interview to which he gladly accepted.

Regardless of an individual's social status in life, Boy personally feels there's nothing wrong in backing up a candidate and making it known to the public.

The final say, added Boy, would still depend on the people who will occupy voting precincts on election day.