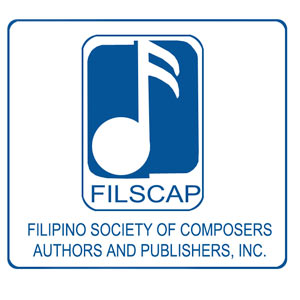 The legal battle between folk singer-songwriter Heber Bartolome and the Filipino Society of Composers, Authors and Publishers, Inc. (FILSCAP) continues as the latter reportedly prepares to file a case against its former trustee.

The Filipino Society of Composers, Authors and Publishers, Inc. (FILSCAP) is determined to go after folk singer and suspended trustee Heber Bartolome for allegedly misleading the organization and issuing damaging statements meant to discredit its members.

In an interview with PEP (Philippine Entertainment Portal) today, March 1, FILSCAP legal counsel Mark Thursday Alciso said that they are still studying their options for them to properly determine the exact case they will file against the singer-songwriter.

"I don't want to preempt our lawyers... It's being handled by an external counsel already. Kasi mamaya I say something and then they file a different case," Alciso told PEP through the phone.

FILSCAP is a non-stock, non-profit association of composers, lyric-writers and music publishers. The group collects royalty payments for its members whose songs are played on television, radio, hotels, clubs, KTV bars, retail stores, malls, movies, and other business establishments.

ROOT OF THE PROBLEM. The feud between Bartolome and FILSCAP started after the folk singer filed a complaint with the National Bureau of Investigation (NBI) last February 23 accusing the association of financial anomalies against its members.

Bartolome, who gained fame in the '70s as a folk singer-songwriter and whose past hits include "Nena" and "Tayo'y Mga Pinoy," alleged that FILSCAP engaged in "fraudulent disbursements" amounting to P8.5 million worth of funds. The supposed malpractice, according to Heber, has "damaged" and "injured" a handful of local songwriters.

FILSCAP, however, in a press conference last February 24 held at its office in Quezon City deflected the accusation. Chairman Nonoy Tan even went on to call Bartolome a "liar" and whose motive was to divert the real issue concerning a separate lawsuit over copyright ownership.

Tan claimed that Heber was suspended by FILSCAP for one year after it was discovered that he was "double-assigning" songs without notifying the organization.

According to Tan, Heber discreetly signed a music publishing deal with EMI Records (now PolyEast) in 2007 and received P2 million in advance royalties.

In 2008, FILSCAP, unaware of the EMI agreement, sued Galaxy Records for P500,000 after Heber accused the label of failing to ask for his permission in using the song "Ayoko Na Kay Santa Claus" for the compilation album Island Christmas.

Galaxy Records then filed a counter suit against FILSCAP amounting to P5 million. The label denied ignoring copyright laws, saying that EMI received P20,000 as payment for the material used and that Heber got his due share.

The revelation of the deal prompted FILSCAP officials to confront Heber, who purportedly explained being confused on the scope of EMI's ownership and administrative rights over his catalogue.

OFFICIAL STATEMENT. PEP received through e-mail FILSCAP's official statement on the issue and it reads:

"Mr. Heber Bartolome only started to claim that there are missing funds after he was suspended by the FILSCAP Board (the "Board") on 26 January 2010 for making false representations and executing overlapping agreements which exposed FILSCAP to a counterclaim of P5 Million. The approved minutes of the board meetings will show that he never complained about missing funds, much less requested for the investigation of missing funds during his tenure as trustee and Vice-President of FILSCAP. He knew about the audit report in February 2008 and yet it was only days after his suspension on 26 January 2010 when he began to rally our members to complain about the missing funds supposedly uncovered in the 2008 audit report.

"If you will read the 2008 audit report which is being used by Mr. Heber Bartolome as basis for his claims, it does not actually state or conclude that there are missing funds since all the funds were accounted for during the audit. Apparently, Mr. Heber Bartolome does not understand that funds are only considered missing if they could not be accounted for. The audit report does not also state or conclude that there were "fraudulent disbursements". In fact, the terms "fraudulent" or "fraudulent disbursements" were not even used in the audit report. The term actually used by the audit report was "questionable disbursements". The audit report, however, did not prove or establish whether the funds covered by the "questionable disbursements" were in fact stolen or misappropriated and so there was no sufficient basis to file a case based solely on the audit report. Needless to say, FILSCAP will just be exposed to legal liability if the Board authorized the filing of cases for estafa or qualified theft against anyone without basis and conclusive proof. It was precisely for this reason that the Board directed management to further investigate the 'questionable disbursements' to find out if funds were stolen or misappropriated.

"Contrary to Mr. Heber Bartolome's accusation, our Chairman, Nonoy Tan, did not prevent the investigation of the funds covered by the 'questionable disbursement.'. In fact, as reflected in one of our minutes which was signed and approved by Mr. Heber Bartolome, Chairman Tan himself ordered the General Manager and Comptroller of FILSCAP to hire an independent auditor to investigate the funds covered by the 'questionable disbursements.'

"There is also no truth to the accusation that Mr. Heber Bartolome was suspended and then expelled for supposedly insisting on the investigation of 'missing funds.' For the record, he was suspended because he exposed FILSCAP to humiliation and legal liability. Claiming that he still owns the reproduction rights over his song "Ayoko Na Kay Santa Claus", he basically caused FILSCAP to file an infringement case to recover compensation against a recording company who supposedly recorded the said song without authorization. It was later discovered, however, that he had a publisher who authorized the recording of the song and that the recording company had already paid for the said recording. The reason for his expulsion, on the other hand, was his unrelenting campaign after his suspension to spread false, inaccurate and misleading defamatory statements against FILSCAP and its trustees and employees. He was initially just warned by the Board to cease and desist from maligning FILSCAP and its trustees and employees and to bring his complaints to the proper forum but he persisted and so the Board had no recourse but to expel him."

FILSCAP stressed that Heber was "accorded due process by the Board before he was suspended."

PEP has sent Heber an e-mail letter through his official website, www.heberbartolome.com, to get his side of the story. We are still waiting for his reply.