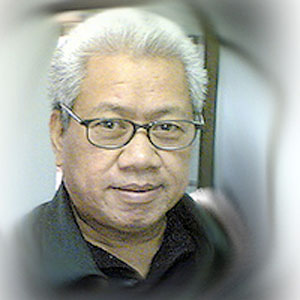 Folk singer-songwriter Heber Bartolome elaborated on the cause of his February 23 visit to the National Bureau of Investigation (NBI) in Manila, where he filed a complaint against The Filipino Society of Composers, Authors and Publishers, Inc. (FILSCAP).

Bartolome, who accused FILSCAP of financial anomalies amounting to 8.5 million pesos worth of funds, told PEP (Philippine Entertainment Portal) in a recent interview that his sole purpose was just to represent and protect the rights of local songwriters.

FILSCAP had labeled Bartolome's claim as a tactic to divert public attention from a separate issue concerning licensing rights. The non-stock, non-profit association of composers and publishers responsible for collecting royalty payments from business establishments accused Heber of discreetly "double-assigning" songs. The practice, said FILSCAP, has consequently made the organization vulnerable to lawsuits.

"Claiming that he [Heber Bartolome] still owns the reproduction rights over his song 'Ayoko Na Kay Santa Claus,' he basically caused FILSCAP to file an infringement case to recover compensation against a recording company who [sic] supposedly recorded the said song without authorization. It was later discovered, however, that he had a publisher who authorized the recording of the song and that the recording company had already paid for the said recording," stated part of FILSCAP's official statement.

The controversy prompted the FILSCAP Board to suspend Bartolome's membership for one year. He was later on expelled due to "unrelenting campaign after his suspension to spread false, inaccurate and misleading defamatory statements against FILSCAP and its trustees and employees." (CLICK HERE to read related story.)

TRUSTEE DUTIES. In a telephone interview with Heber last week, the singer-songwriter stressed that his request for an NBI investigation on FILSCAP funds had nothing to do with the incidents leading to his suspension.

Bartolome, however, felt that his initiative in inviting an outside party to conduct a probe has probably ruffled the feathers of FILSCAP officials, thus triggering the decision to expel him.

NO CONFLICT. With regard to the "dual-assigning" of songs issue, Heber questioned the reaction of FILSCAP, which is supposed to act as the collecting agent of songwriters and composers.

Bartolome denied committing any violation, saying that catalogue rights and other direct business transactions are prerogatives of the composer and publishers to further earn money.

By definition, the essential purpose of a music publisher is to administer, exploit, and collect royalties for its copyright properties. Heber said that FILSCAP's only role is to collect payments and make sure that an artist's due is being given fairly.

Heber argued that his decision to grant EMI [now PolyEast] rights to his catalogue is a legitimate business transaction true to the label's role as an enterprise that engages in recording, selling and manufacturing music.