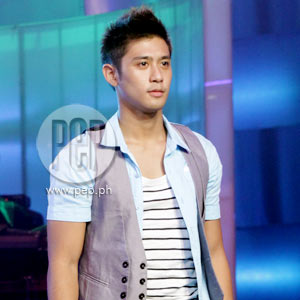 This was particularly true at the launching of Party Pilipinas last March 28 at Studio 7 of the GMA Network Studios in Quezon City. Rocco confessed being in awe upon seeing most of the network's biggest names during the opening number.

He was particularly elated to dance alongside his "idols" Mark Herras and Aljur Abrenica. Rocco mentioned feeling nervous initially but all his reservations faded as the production number went on.

Rocco acknowledged the huge expectations placed on the shoulders of the program's mainstays following the demise of SOP. But the StarStruck Second Prince is optimistic that Party Pilipinas will manage to distance itself from the shadow of its predecessor.

Still fresh from the recently concluded season of StarStruck, Rocco continues to adjust to the sudden change of routine and lifestyle.

Life has never been the same after StarStruck. Rocco's Holy Week plans aren't like before.

In a message on his Facebook account yesterday, April 1, Rocco said he was in a private resort with his family.