Amy Perez still hopes to settle down with present partner 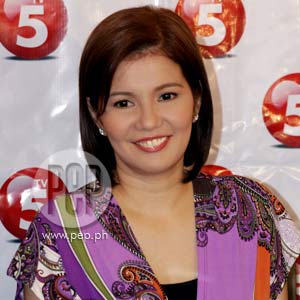 Television host Amy Perez is both elated and surprised by the strong showing of Face to Face—TV5's talakserye aired daily at 11 a.m. with replays every late night.

The show, with its confrontational and barangay hall-like concept, has surprisingly caught the fascination of the viewing public despite its unusual timeslot and strong competition from rival networks.

In a recent interview with Amy at Alex III restaurant on Tomas Morato, Quezon City, she mentioned to PEP (Philippine Entertainment Portal) her initial reluctance with the show's schedule, given its offbeat concept. But that's exactly what the network had in mind to radically shift the trend of programming in the noontime bracket.

Hosting the program and at the same time assume the role of a mediator between warring parties isn't exactly a glamorous television job. It also didn't help that Amy and the staff had to tape three episodes in a single day. That means three different problems—ranging from the petty to the most serious—complete with all the tension and heightened emotions all crammed up overnight.

A thirty-minute to an hour break is called after every episode before resuming to the next one. Amy appreciates the brief downtime, saying, "Kasi minsan, sobrang nade-drain ako. Kasi you can't help but absorb 'yong problema, so nadadala mo siya. Minsan natutulog muna ako ng 15 minutes or nagpapamasahe muna ako to relax and to study the research kasi babasahin ko na naman 'yong istorya nung next subject."

MISSING PIECE. Turning the tables, we asked Amy if there's a particular person she would love to face one-on-one for the sake of settling an old issue.

Not even ex-husband Brix Ferraris?

"As of now, we don't have any communication with Brix. But as far as I know, may ibang nakapagsabi sa akin na nasa America siya. So I think he's doing great there. He's trying to have a job. He's trying to have a career there, so I wish him all the best. I wish him all the luck kasi siguro nababalitaan din niya na 'yong anak niya is in good hands with me and with his stepdad na si Carlo [Castillo]. But anytime Brix wants to visit Adi [their 12-year-old son], welcome na welcome siya bumisita."

Regardless of their estranged relationship, Amy pointed out that she has no ill feelings towards the former South Border vocalist. In fact, Amy and Carlo even encouraged Adi to find ways to communicate with his father through social networking tools available on the Internet.

"Pero siyempre, Brix has to do something on his own din para sa kanyang anak," said Amy.

Amy's relationship with Carlo has been strengthened with the arrival of their one-year-old son, Sean Kyle. In hindsight, Amy expressed regret for rushing into marriage with Brix despite the fact that they were pretty much in love with each other during the time.

The court had previously denied Amy's petition to have her marriage with Brix annulled.

"Siyempre, we're hoping [for the annulment to be granted] kasi wala na kong hihilingin pa sa buhay ko. I have a very good career, stable naman si Carlo, I have a happy and supportive family. Talagang 'yong annulment ang ipinagdarasal namin para din in the eyes of God, in the eyes of man, in the eyes of the law, maayos na, we don't feel guilty or anything."

Carlo has been very open in expressing his willingness to walk down the aisle with Amy. She is flattered and saddened at the same time.