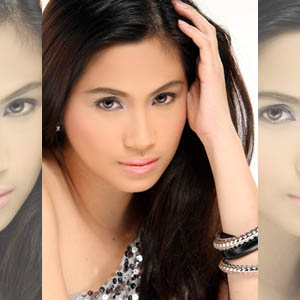 Sexy actress Diana Zubiri appeared yesterday, August 1, on Showbiz Central's "Behind The Wall" segment to shed light on her one-year-and-a-half absence from showbiz. Diana revealed that she is back in college, taking up Theater Arts.

"Gusto ko magsimula na lang ulit ako sa umpisa. Balak ko talaga siyang tapusin," she told host Pia Guanio about her schooling. Diana is on her freshman year again, since her past subjects taken up nine years ago were not credited by her current school.

Her last soap with the Kapuso network was Gaano Kadalas ang Minsan?, with Marvin Agustin and Camille Prats. Diana was also a mainstay in the longest-running gag show today, Bubble Gang.

DOS AND DON'TS. As a regular student, Diana adheres to a few rules set by the school's administration regarding her showbiz appearances.

She added that although she does not have to inform the school about her every move, she has to let them know about shows and guestings for the time being.

Diana said that FHM recently invited her to grace its anniversary show. She also thanked the magazine for considering her to be a part of it despite her long absence from the industry.

Diana's debut as FHM cover girl in 2002, where she posed on the EDSA-Shaw flyover in Mandaluyong wearing a two-piece bikini, became a major controversy, making Diana a household name.