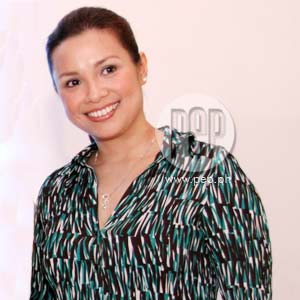 Wonder Woman Lea Salonga, according to the September issue of Town and Country, "has performed for eight presidents—five Filipinos and three Americans—and Britain's Queen Elizabeth."

"Our Wonder Women issue honors accomplished women of style and substance who have excelled in their chosen fields," said Town and Country editor-in-chief Yvette Fernandez.

The seven women who received recognition at the afternoon tea party were Margarita "Gaita" Fores, for entrepreneurship; Cheche Lazaro, for media; Carmen Guerrero Nakpil, for literature; Lea Salonga, for music and theater; Bea Valdes, for fashion; Isabel Caro Wilson, for diplomacy and the arts; and Gina Lopez, for philanthropy and public service.

Lopez graced the cover of Town and Country September issue.

Fernandez described the seven women as "professional, yet gracious." She said "they exude strength, confidence, and passion, and at the same time are charming and down-to-earth."

The awardees who attended the tea and awards program that afternoon were Salonga, Lazaro, Valdes and Fores.

And now, a few words about these Wonder Women.

LEA SALONGA made her professional debut at age seven in Repertory Philippines' production of The King and I. She became famous for playing the cute, redheaded orphan Annie. She was also in the cast of various productions such as Cat on Hot Tin Roof, Fiddler on the Roof, The Rose Tattoo, The Sound of Music, The Goodbye Girl, and Paper Moon.

She became a household name when she played the role of Kim in the musical Miss Saigon. Her outstanding performance won for her the Tony, Laurence Olivier and Theater World Awards.

Salonga is married to Rob Chien; they have a 4-year-old daughter named Nicole.

"I feel very, very blessed with my career and my family. I am also able to travel and have a measure of anonymity when I travel so I can still have a life and do my work. I couldn't ask for anything more. God is so giving," the multi-awarded actress and singer said in an interview with PEP (Philippine Entertainment Portal) during the event.

CHECHE LAZARO is an acclaimed Filipino broadcast journalist best known for her hard-hitting and comprehensive documentaries. She is also the founding president of Probe Productions Inc.

The Probe Team, the first Filipino investigative news magazine for television, has won both local and international recognition. It received the Gawad CCP Para sa Telebisyon "10 Best TV Programs of the Philippine Television" ten times and elevated to the Hall of Fame of the Catholic Mass Media Awards.

BEA VALDES could pass for a model but instead, she designs works of art. After pursuing studies in writing and design, she started an accessories workshop where she made beaded bags.

Firma Manila launched her first bag collection in 2004. A year later, she launched her international collection in the US. Vogue Magazine took notice and referred to her creations as "this season's must have evening bags." High-end stores like Barneys and Saks Fifth Avenue in the US, Harvey Nichols in the UK as well as select European jewelry stores now carry her bags, belts and jewelry.

MARGARITA "GAITA" FORES said her first serious assignment in the food business was catering for a party of Geny Lopez in Ayala-Alabang. After that, she and her friends started Area Café serving Italian food. Well-loved restaurants Cibo and Café Bola came later.

Fores shared this culinary thought. "One of, if not, the most basic function, is to feed people. If you can do this in a creative way, something that is so basic becomes more meaningful. It is a good way to influence the community and to share what you would like to share with them. In a way, that would suggest power, but not in a frivolous way."

Her favorite food, you'd be surprised, is not Italian. It's "taba ng talangka," she said. "I know it is sinful but it really is my favorite."

GINA LOPEZ has transformed lives of 20,000 children who were victims of sexual and physical abuse. The managing director of the ABS-CBN Foundation is also responsible for the rehabilitation and conservation of the La Mesa Dam. Bantay Bata 163, Bantay Kalikasan, and now Kapit Bisig Para sa Ilog Pasig are just some of the trailblazing projects that have helped further an array of causes. Her latest project? Cleaning up the Pasig River.

ISABEL CARO WILSON is the former Philippine Ambassador to Spain and now the president of the Cultural Center of the Philippines. The civic leader and corporate executive has come a long way since she was a rebel teen-ager who ran away from home. For her success in strengthening the relationship between the Philippines and Spain, she was awarded the Gran Cruz de la Banda de Isabela la Catolica by the Spanish government and the Gawad Mabini Dakilang Kamanong by the Department of Foreign Affairs. In 1997, she received the prestigious Premio Zobel.

CARMEN GUERRERO NAKPIL, according to her Facebook account has had a long, distinguished career in journalism, literature and public service which began with proofreading for the afternoon edition of The Manila Times in 1947.

She was at various times, daily political columnist for 12 years at The Manila Chronicle, lead columnist for The Sunday Times Magazine and Asia Magazine, founding-secretary of the Writers Union of the Philippines, chair of the National Historical Commission, member of the Commission on the Role of Women and the Film-TV Review Board, as well as director-general of the Technology Resource Center. She was also elected member of the Executive Board of UNESCO Paris by the General Assembly in 1983.

Nakpil, according to her daughter Lizza, pictures herself as a "drifter, a piece of driftwood... a lazy stumble-bum, stumbling into bad or good places and people—as well as unexpected, perfect situations, after spectacularly, non-planning."

In spite of herself, Nakpil has authored ten books, including collections of her essays, a novel and an autobiographical trilogy.