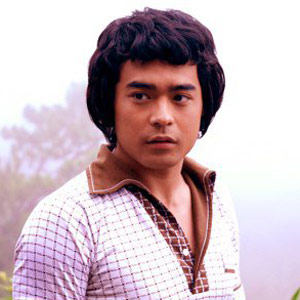 Sid Lucero (in photo) has love scenes with Cogie Domingo, Arnold Reyes and Rocky Salumbides in the Adolf Alix indie film, Muli. It will be shown in cinemas starting September 22.

When the members of the Movie and Television Review and Classification Board (MTRCB) watched Muli for the first time last August, they decided to give it an "on hold" status.

The MTRCB wanted to shorten the 44-second love scene between Sid Lucero and Arnold Reyes but the film's director Adolf Alix Jr. refused to cut the scene.

The censors did not give Muli an X rating but they scheduled a second viewing for the gay-themed independent film.

During its second review, the MTRCB approved the film without cuts and gave it a rating of R-18.

Muli will finally be shown in cinemas starting September 22.

At the presscon of Muli held last September 14 at Max's restaurant on Roces Avenue, Direk Adolf was happy to announce that viewers will be able to see the integral version of the two-hour film.

In Muli, Sid plays Jun, an innkeeper based in Baguio who has different relationships as he waits for his great love.

Cogie Domingo is a young lawyer named Errol who is committed to a woman but becomes sexually involved with Jun.

Their affair spans four decades, amid political and social upheavals in Philippine society.

Sid has three partners in this movie. He shot separate love scenes with all of them: Cogie Domingo, Arnold Reyes and Rocky Salumbides.

When asked what was hardest part of shooting the movie, Sid admitted: "It was breaking the walls with the guys."

It will be recalled that Adolf directed Sid in Donsol, his big screen debut in 2006.

Sid was doubly excited when he learned that he would be working with Cogie Domingo, best known for the critically acclaimed film, Deathrow.

He recounted his pictorial with Cogie for Muli. They were asked to stand close to each other as if leaning in for a kiss.

What was Sid's reaction to the "on hold" status initially given to Muli?

Did Sid feel awkward "sharing" Cogie with his sister?

The actor said he feels lucky to have worked with his sister for the first time on a project.

"I learned a lot about her and we're closer now. Matagal na kaming hindi nagkita, e, so we had a lot of catching up to do.

"Nag-bonding nga kami at hindi na kami nakatulog dun (in Baguio, where the film was shot).

"I consider it a blessing since we were given a chance to talk about things."

Aside from starring in Alyna, Sid is shooting scenes for Regal Films' Shake, Rattle and Roll XII.

This is Sid's first time to join a Metro Manila Film Fest entry.

He will be part of the SRR episode starring Carla Abellana, Nash Aguas, Mart Escudero, and Gaby dela Merced.

It will be helmed by indie filmmaker Jerrold Tarog, the director behind the internationally recognized film, Confessional.