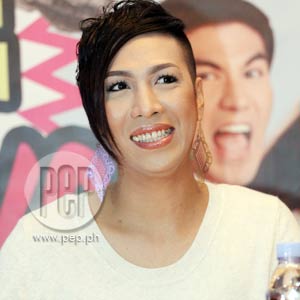 "Lahat naman ng taong makausap namin, kahit saan ka pumunta, labag sa kalooban nilang suspindihin ang programa namin," says Vice Ganda about the support they've been getting from their avid fans despite the suspension order issued by the MTRCB (Movie and Television Review and Classification Board), which was junked by the Court of Appeals recently.

This was the reaction of Showtime's resident "hurado" Vice Ganda on the recent resolution of the Court of Appeals (CA), which was released on September 21, about the 20-day preventive suspension order of Movie and Television Review and Classification Board (MTRCB).

According to the report of TV Patrol last night, September 28, the CA stood by their first decision to set aside the 20-day suspension of Showtime. The court pointed out that the MTRCB has not presented new arguments that would justify a reversal of its previous resolution.

In an interview with PEP (Philippine Entertainment Portal) last night during the premiere of I Do at the SM Megamall in Mandaluyong City, Vice said he and the staff of Showtime kind of expected the decision.

He also thanked their supporters who believed from the start that they did not do anything wrong.

Meanwhile, Mario Dumaual reported on TV Patrol last night that MTRCB chairperson Consoliza Laguardia respects the court's decision. However, she insisted that Showtime made a violation during the said episode. She also mentioned that they could still file an appeal with the Supreme Court.