Pokwang on intrigues about her: "Manhid na ako." 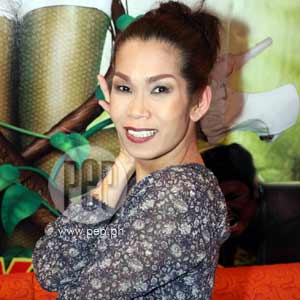 Pokwang says she has become numb to the intrigues constantly thrown at her.

The comedienne was recently reported to be having a rift with entertainment columnist and Juicy! host Cristy Fermin.

This was after the veteran host featured on TV5's daily showbiz program a YouTube video showing the "Top 10 Ugliest," where Pokwang and her good friend Chokoleit landed on the first and second spots, respectively.

The issue became hotter after comedian Chokoleit defended his friend Pokwang in the microblogging site Twitter, which led Cristy to file a libel case against him.

In a previous interview with Candice Lim of YES! magazine, the talented stand-up comedian and host said he will not say sorry for what he posted until Cristy apologizes to him and Pokwang. (CLICK HERE to read related article)

"Bakit ako magso-sorry? For the longest time, grabe ang tira niya sa akin. She had it coming, parang sobra na yun. I know it is part of the job, may pitik-pitik, pero sumobra na!"

"MOVE ON NA LANG." While Chokoleit is on defensive mode, Pokwang chooses to just ignore whatever is being said against her.

The TV host-actress also mentioned that the negative articles she read almost every day in entertainment columns taught her to become more apathetic.

What if she meets her detractors one day, how would she react?

Aside from ignoring the issues, Pokwang says she is trying to forget any ill feelings she has towards her detractors and is starting to move on with her life.