Kenny Loggins on stage live in Manila on May 22 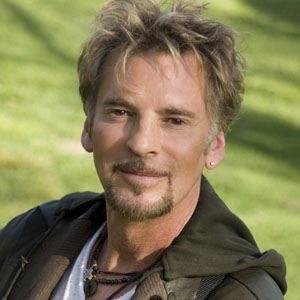 Come May 22, Pinoys will have the chance to sing along with Kenny Loggins his popular hits such as "Footloose," "Meet Me Halfway," "Whenever I Call You Friend," and "Heart to Heart."

Brace yourselves for a nostalgic summer shebang as Kenny Loggins performs at the SMX Convention Center on May 22.

With a flourishing musical career spanning more than four decades, the award-winning concert livewire and songwriting genius has earned a soft spot among millions of Pinoy baby boomers, and even among the younger generation weaned on YouTube and Facebook.

It's not surprising how his brand of music evokes a timeless appeal—marked by heartfelt lyricism, superb musicianship, and, as some quarters claim, a healing power that touches the spirit and warms even the coldest hearts.

And through the years, he has successfully transcended musical trends with his ever-evolving compositional palette. In the early '70s, he serenaded us with "Danny's Song" and other earthy, guitar-driven duets with Jim Messina.

The late '70s saw Loggins stepping out as a soloist, zooming up the charts with singles such as ''I Believe In Love," "This Is It," and "Whenever I Call You Friend." In the '80s, he moved towards a jazzier, funk-flavored direction with "Heart to Heart," sang with Steve Perry in "Don't Fight It" and released the power ballad "Forever."

He also collaborated with Doobie Brothers figurehead Michael McDonald, spewing out the Grammy-winner "What A Fool Believes." At this same time, he gained even wider airplay through his soundtrack hits "Footloose," "I'm Free," "Meet Me Halfway," and "Danger Zone."

During the '90s, Loggins channeled his energy into composing children's songs, all immortalized in the albums Return to Pooh Corner and More Songs From Pooh Corner.

In 2005, Loggins reunited with Jim Messina for their Sittin' In Again tour.

Despite the rigors of a hectic touring schedule, the singer-songwriter seems to look even younger with the passing of time. Still looking fit, trim, and dapper minus his trademark beard, the iconic pop star exudes a youthful glow; his impressive vocal range still commands SRO crowds and inspires audiences throughout the world.

This one-of-a-kind concert experience is brought to you by Betamaximum Incorporated and Music Management International (MMI).