Ed Westwick finds reasons to come back to Manila 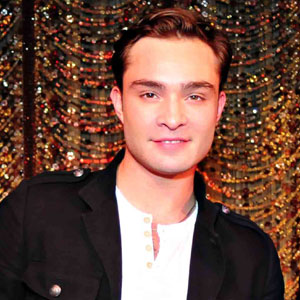 "I really like to fly back to Manila and party here," Gossip Girl actor Ed Westwick joked when asked about his plans for his 24th birthday on June 27. He had a short visit here recently to shoot the upcoming campaigns of a local clothing brand.

Ed Westwick only had a couple of days here in Manila, but he made sure that he would enjoy every moment.

The Gossip Girl actor arrived here last Tuesday night, May 31. The following day, Ed's schedule was dedicated to the photo shoot for the upcoming campaigns of Penshoppe, the local clothing brand he's endorsing.

On his second day, Ed, who is famously known as Chuck Bass on Gossip Girl, managed to squeeze a short leisure before he met the local media, most of whom are fans of the American TV series.

"Today I went out on a boat around Manila Bay. I went to take a look at the Manila skyline. You have a beautiful city here, a beautiful country, and beautiful, fantastic people," he said during the short chat with the media last night, June 2, at Salon de Ning, The Peninsula Manila in Makati City.

This was Ed's firs trip to the country and he was grateful that everyone he met gave him a warm welcome.

"I'd like to say it's really good because everyone's made me feel really, really welcome.

"You know, it's been a very, very good trip. Everything's gone really, really well," he said.

"I'M DEFINITELY GONNA MAKE A TRIP BACK." Ed admitted during the press conference that he knew so little about the Philippines. But he was happy that there were people who gave him bits of information about our country.

He even learned a fun fact about our archipelago.

Ed narrated, "You know, I've spent a little time in my room reading a little bit [about the Philippines].

I'm very surprised to hear that there are seven thousand islands, and I know now the joke—when somebody asks you, 'How many islands,' you're supposed to say, 'High tide or low tide.'

"That was amazing to me."

And so, Ed wants to come back someday.

"Obviously, you're a region in the world that's very rich in culture.

"You know, I didn't know too much [about the Philippines], but now I've quite just touched surface on that field and I'm definitely gonna make a trip back.

I wanna get out in so many islands, which I hear is like paradise. It's very rich so that's why I need to get back and spend more time [here]."