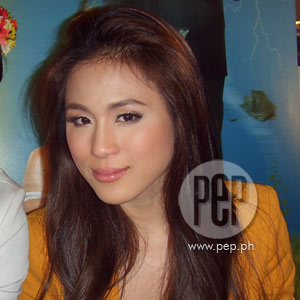 John Lloyd Cruz and Toni Gonzaga were honored yesterday, August 18, as the Box-Office King and Queen of 2010.

They were honored by SM Cinema executives during the Cinexpo film seminar held yesterday at the SM Mall of Asia Centerstage.

Based on data from SM Cinema, My Amnesia Girl was the highest-grossing, locally-produced movie in 2010.

It is interesting to note that Metro Manila Film Fest entries were screened for only a few days in December 2010 but extended until January 2011.

Toni expressed gratitude for being accorded the title.

How would Toni compare herself to Ai-Ai delas Alas?

"Mahirap po i-compare ang sarili natin. We can only do so much and I can only give my best.

WEDDING PLANS? Since Toni has been in a relationship with director Paul Soriano for four years, she was asked if she has plans to settle down.

She says that Direk Paul is not pressuring her to settle down anytime soon.

Is she affected by rumors linking Paul to other women?

In case they do tie the knot in the future, what is Toni's dream wedding?

WORKING WITH ZANJOE. This August 31, Toni will have a radical transformation for her latest movie titled Wedding Tayo, Wedding Hindi.

Toni plays a provincial lass who works in Japan for three years and becomes a 'liberated' woman when she returns in the hopes of getting married to Zanjoe's character. (CLICK HERE to read more about this movie.)