Thou Reyes discovers his hidden talent in The Kitchen Musical 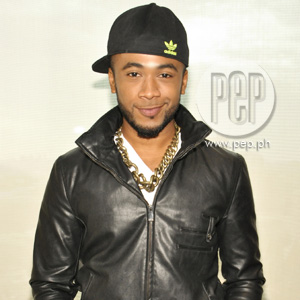 "[The show] gave me more confidence with my voice. I'm not really comfortable singing talaga," says Thou Reyes after giving singing a shot in the musical TV series, The Kitchen Musical.

For dancer-actor Thou Reyes, every role is an opportunity to develop his many talents.

Like in his previous movie and television projects, Thou felt proud to be included in the cast of the Pan-Asian musical drama series, The Kitchen Musical.

While doing the show, the 26-year-old dancer-actor discovered he had a hidden talent—singing.

"[The show] gave me more confidence with my voice. I'm not really comfortable singing talaga," he told PEP.ph (Philippine Entertainment Portal) and other media, who were invited to the pocket press conference organized by Star Magic last Friday, November 25.

"I'm really into music kasi I'm a dancer-actor," said Thou."Medyo naging challenge is the singing part. I didn't have proper training for singing."

Fortunately, his Filipino co-stars, Karylle and Christian Bautista, made a deal with him.

He said, "Christian is not well-known for dancing, even Karylle, kasi they're both singers.

"That's what we did, kaya naging maayos talaga.

"Nangyari siya talaga. When I was recording, they were there."

Aside from Karylle and Christian, the former Ang TV talent was also thankful to the show's musical director, Gerard Salonga.

"He's very, very good. It was so unselfish of him to share his talent," he said.

"Gerard is such a helpful guy. He kept saying, 'Just relax.'"

Because of his memorable experience in the show, Thou said, "I'm continuing training for my voice."

WORKING WITH JASON COLEMAN. Thou has another reason to be grateful for. He was able to work with popular Australian choreographer Jason Coleman.

"If I'm gonna be dancing, it will not stop there. It's continuous training," he said.

"We were [coached] by the best choreographer in Australia, Jason Coleman, he's a judge in So You Think You Can Dance in Australia.

Thou said Jason once told him that he could find jobs for him if he plans to move to Australia.

The Pinoy dancer-actor said, "Feeling ko naman, for me, I don't wanna work in Australia.

"I want to train sa school niya [Jason]. I think that's my priority...

"Tingin ko, an opportunity [to train] under Jason Coleman is very good. Kung mayroong offer, feeling ko it's a bonus."

PEOPLE FROM DIFFERENT COUNTRIES. The Kitchen Musical was not only a venue for Thou to show off his skills in acting and dancing, it was also a way for him to meet people of different nationalities.

Despite this, Thou said, the cast members did not have a problem working together.

"Every day for one month, we trained for rapport...

"The training was worth it," Thou said, "because after one month, mas naging natural na siya.

HOPING FOR A SECOND SEASON. Like any other show, Thou said he and his co-actors are hoping for a second season of The Kitchen Musical.

Their director, however, advised them to focus on the first season of the musical series.

"Of course, we're all hoping [for a] second season.

"From what we discussed, they [already] created a storyline for season two.

"But ang sabi nga ni Cheek, and kami rin, let's all just focus muna sa season one, [and] the promo of season one.