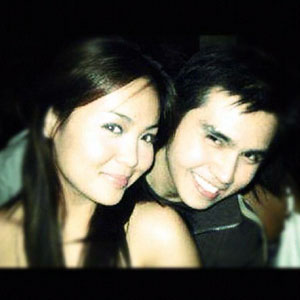 The latest victims of a sex-video controversy are Ramgen Revilla and Janelle Manahan. Who could have uploaded it? What's the motive for releasing it for the world to watch?

These days, blackmailing or ruining a person's reputation has become pretty easy.

Every prominent figure's nightmare is to face a smear campaign launched on the web.

It doesn't help that some bloggers mindlessly pick up these posts, and re-post them, not realizing that they become party to making another person's life miserable.

With no one to administer the items that appear on the Internet, discrediting a star, a politician, or an ordinary individual has become no sweat.

Put out anything, whether truth or fallacy, and within seconds, others are able to share the fact or rumor.

The poor victim is left with no recourse but to deal with the embarrassment and, as is often the case with "scandals," condemnation.

Filing a lawsuit may seem plausible, but it's like being caught between the devil and the deep blue sea, as the process is drawn out and expensive.

And in the end, the damage has been done.

Remember this nasty rumor about a TV personality who was mistaken for a whale while he was scuba diving?

It turned out to be a spoof, but some Netizens actually believed.

It turned out to be an outlandish rumor, but some people—to this day—are convinced it happened on the basis of "sinabi raw ni kuwan," who was never identified.

More than 20 viral videos and pictures have been released by anonymous culprits and picked up by the entertainment media.

Their reason for posting?

Majority of PEPsters are "naiinis sa nagpakalat," based on the January 2 poll result on the sex video of Ramgen Revilla and Janelle Manahan.

It also got a lot of sympathy votes from those who answered, "Naaawa ako sa dalawa."

Do you feel the same way about the scandals?

If not, think again, because the next photo or video could be about your sister, your daughter, or even you.