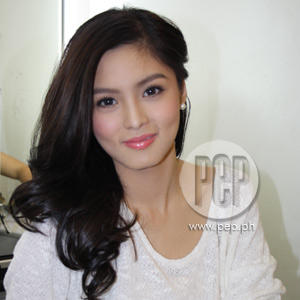 Earlier this year, Kim Chiu gave the public a glimpse of her three-story house.

The actress had purchased a 600-square-meter lot in an exclusive village in Quezon City in 2009. Construction of the house began in 2010 and by April 2011, Kim and her siblings were able to move into their new home.

At 21 years old, Kim is the proud owner of a multi-million structure that boasts of a two-floor bedroom decorated in pink. Her bathroom has a Jacuzzi and sauna, as well as a salon with its own shampoo bowl sink.

The house has a swimming pool and mini-theater.

Does Kim have any advice to aspiring homeowners?

What was the most difficult part of building her dream house?

After building her dream house, Kim reveals another big item on her bucket list.

"Gusto ko sports car. Pero not at this moment, pwede after three or four years," she says with a smile.

This year, Kim is slated to co-star with Batangas Governor Vilma Santos in an upcoming horror film titled The Healing.

"Sobra akong excited to work with her and to learn from her," says the young actress.

She admits the upcoming project is a new challenge for her.

Kim is the lead star in My Binondo Girl. She will soon be joined by Maja Salvador, who will portray the newest character to be introduced in ABS-CBN's primetime series.