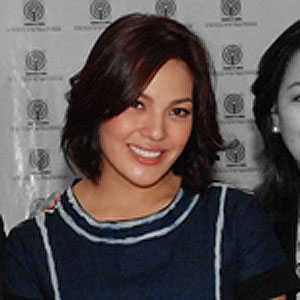 As a UN ambassador, KC Concepcion's online auction site continues to display items to be sold for the benefit of the fight against world hunger.

Beyond her showbiz endeavors, KC Concepcion is also busy with her duties as the Philippine ambassador for the United Nations' World Food Program (WFP).

She was chosen by a screening council in 2008, and has since been actively participating in charity missions all over the country, including other parts of the globe—like poverty-stricken Uganda. (CLICK HERE to view related pictures.)

It was a success, and produced about half a million pesos in its first six months. The proceeds went to the funds supporting the charity missions of WFP. (CLICK HERE to read related article.)

To this day, the site continues to sell items and replenishes its stocks frequently.

A previously-worn faded pair of jeans from the late Alexander Mc Queen's fashion empire is being auctioned for a starting bid of Php 5,000.

KC describes the piece as: "perfect for running errands or a casual lunch with the girls and ideal with a leather jacket, and a pair of boots for some biker chic-ness!"

She's also auctioning off a red sleeveless top from Marc Jacobs starting at Php 5,000—a great buy for cheap-deal hunters, since a simple blouse from the American designer's collection would normally cost $200 or about Php 9,000.

By far, the most expensive item on the "shelf" is a light olive-green mini-dress by Narciso Rodriguez, which has a start bidding price of Php 22,000—but still way below the usual $1,000 to $8,000 price tag of Rodriguez pieces.

Aside from clothes, some accessories—including a pair of summer sunglasses from Fendi—are also available at a starting bid of Php 5,000.

KC also has a variety of footwear, mostly in sizes 37 and 38.

A pair of pink flats from Italian label Marni has a starting bid of Php 8,000; while a comfortable black pair from the French brand Lanvin is at Php 15,000.

Other collectible items such as a bejeweled Hello Kitty pin button by American jewelry designer Tarina Tarantino (not related to the famous Hollywood director) is also being auctioned for Php 950.

There is a range of inexpensive to pricey items, but no matter how small or big the amount is, KC says she encourages fashionistas to join in and support her cause.

She has a point, It's a win-win for everybody—you get to take home a good fashion piece for a fraction of its original price, and you get to help end world hunger at the same time!