AJ Rafael wants to be more than just a YouTube star 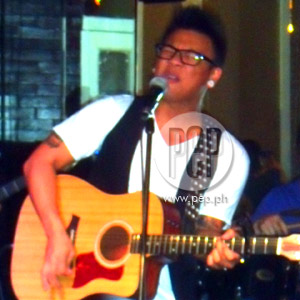 "I owe everything to the internet," says AJ Rafael about his fame.

But he doesn't want his singing career to stop there.

During the press conference for his Red Rose Southeast Asian tour, the Filipino-American singer explains, "'Internet sensation' is a good word, I guess.

"When people call me YouTube star, or something like that, I appreciate it but I don't wanna be that forever."

His ongoing tour, which kicked off in Indonesia last January 13 and will hold its Manila leg on January 18, is a proof that he wants the people to hear him live.

AJ resumes, "Which is what I wanna be. I don't wanna just be labeled as YouTube or internet [sensation]."

Before the videos of his original songs became popular on YouTube, he did a few covers. But it wasn't because these songs would give him more chance of getting noticed.

The 22-year-old singer thows in, "But at the same time, I hate doing that.

For AJ, it's the talent that he wants to showcase, and will also be the basis for appreciating his music.

LOVE FOR MUSIC. He was heavily influenced by his dad, and he knew early on that being a singer is the career he wants to pursue.

She tells PEP.ph (Philippine Entertainment Portal), "Uhm, I'd say so. I knew I had to play music when my dad died and I was ten years old.

"He was a musician and I had to take over piano [in their community church] the week after he died, actually."

Other than sharing his talent, AJ's enthusiasm has been fueled by his desire to continue what his dad started.

"So, it was like, I knew that was what my life had to be about, to continue his legacy and do that.

Aside from the piano, he also plays the guitar, which he began holding at the age of 15. Performing has always given him a natural high.

AJ relates, "When I started my first shows, I was like, men this is a good feeling.

"When people sing to your own songs, you can't even describe that feeling.

"So, I guess I've always knew that I wanted to do this."

After his shows in Indonesia, Malaysia, Singapore, and tonight, in the Philippines, he's proceeding to his Australian tour in Sydney, Melbourne, and Brisbane.

And it's the beginning of his fame as "more than just a YouTube star."