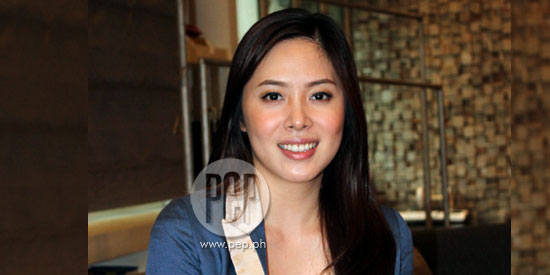 “It’s just didn’t… hindi siya nag-prosper into something that people were speculating it to be. And I think what we are now is the best for the situation," ito ang sabi ng TV personality na si Grace Lee tungkol sa naudlot nilang pagliligawan ni Pangulong Noynoy Aquino.

Sabi niya, “Kung may Ferrari ako, wouldn’t I be driving it around?

“My car has been the same in the past three years. I have not changed my car.”

“Oh, my God, that’s so bad. All these things are actually so vicious.”

“Parang, ‘Whoever came up with that, must be high on drugs.’

Patuloy ni Grace, “You know, every single cent I have in my bank account is every drop of my sweat, hardwork…

“I had to work for every single cent that I have right now.

“There’s no other purpose than to make sira him or me—him and me actually.”

“Oh, I mean, as you can see, hindi kasi… the President doesn’t have a life… you know, certain things in his life...

“And for him to actually come out and admit, that we were dating, was a huge thing for him because he is one person we all know who would like to keep his private life, private also.

“Like that was, on his part, being a gentleman.

Sabi ni Grace, “A, no, there was a time talaga… there were times that I would cook and send it over para meron siyang makain pagdating sa bahay, just in case.

“I mean, he lives alone.

“He has someone to take care of him, but there were times that when you’re dating someone, you want to do nice things. It’s nothing out of the ordinary.

“It’s just didn’t… hindi siya nag-prosper into something that people were speculating it to be.

“And I think what we are now is the best for the situation.”

“Kasi without me talking so much, it was such a crazy whirlwind or rumors and hearsays and just vicious rumors also... it’s difficult.

“So I tried really my best to quiet it down.”

Detalye nito, “My turning point was when TV5 was so willing—especially Ma’am Luchi Cruz-Valdez and Sir Ray Espinosa—they’re so willing to give me a different direction with TV5.

“Actually, we’re not getting any younger, and when there’s an opportunity that comes your way, you might want to take it and see where it leads you.

Wika ni Grace, “You know, in all fairness to them naman, they really did try their best to give me shows… Like the cooking show [Cooking With The Stars] was great ‘coz I really do love cooking.

“And they know that as well. And they also have a couple of shows lined up for me talaga, but it was on the line of entertainment pa rin.”

“Because a news anchor’s seat is something that you have to really earn, and it’s a respected position.

“And I said, I’d rather go out to the field, do the reporting. Starting from weather and, you know, rescue missions.

“I really wanna do it so the people will see that I’m not just doing this to be sitting there pretty.”

Tugon ni Grace, “Yeah. Well the thing is, it’s kinda sad also that all the work that I put into in my career, parang mas kilala pa ako for who I’ve dated before kaysa sa naging trabaho ko.

“Eventually, I will move up in doing crimes, politics, and all that.

“Pero ngayon, as I’ve said, I’m under a training period and I really want to make the most out of it.

“So that people will see that this is not something I’m doing to pretend to be credible, but this is something that I really wanted to do from the very beginning of my career.

“And that I’m just following the path that I’ve always wanted to do seriously—and I’m sincere about it.”