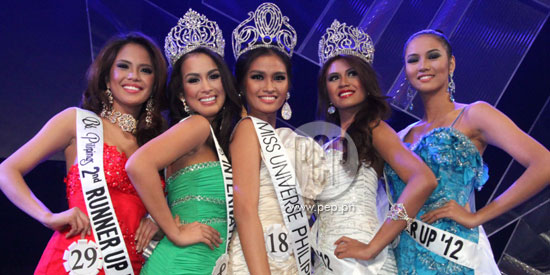 It’s a night of “veterans” at the Binibining Pilipinas 2012 held last night, April 15, at the Araneta Coliseum.

Two of the three titleholders this year have joined the Binibining Pilipinas in the past.

The Bb. Pilipinas-Tourism crown went to Katrina Jayne Dimaranan (No. 13).

The other special awardees are: