Do you know where you can find a book that’s almost as old as the Philippines?

Probably the oldest tome you’ll ever see in our 7,107 islands is nearly 500 years old, and it is on display at the Lopez Memorial Museum, as part of the ongoing exhibit Trajectories.

The museum, since its founding in 1960, has grown from an initial collection of 19th century paintings, to include important modern and contemporary pieces.

What started as the personal collection of Eugenio H. Lopez Sr., founder of television network ABS-CBN and other major businesses in the country, has evolved into a trusted and well-loved Philippine institution.

The current exhibition gives an insight on how the museum collection grew throughout the years.

Here are five must-sees in Trajectories: 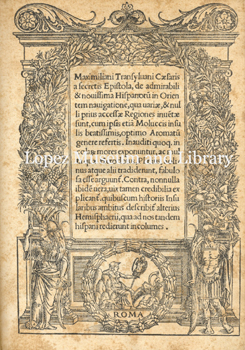 The book was written by Maximilianus Transylvanus, after he interviewed survivors of Victoria, the only surviving galleon from Magellan’s expedition.

PER PACEM ET LIBERTATEM. In 1903, famous Filipino painter Felix Resureccion Hidalgo was paid P 10,000, by the United States colonial government in the Philippines, to create a painting that represents peace and liberty under American rule. 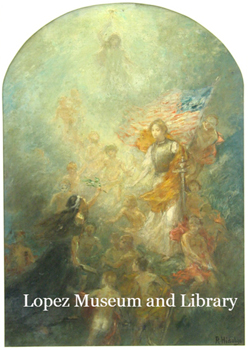 Hidalgo created several studies of the painting, which depicted Americans as the liberators of a primitive race. Most of the studies are on display today at the Lopez Museum.

The final product was featured in the Universal Exposition in St. Louis, Missouri, in 1904.

Interestingly, the fair also featured live indigenous Filipino people, such as the Aetas and Bagobos, as bahag-wearing and dog-eating primitive people.

ESPAÑA Y FILIPINAS. This tall painting by Filipino master painter Juan Luna is one of the most important pieces in the museum’s collection.

A version of an allegorical painting of Spain and the Philippines, this was commissioned from Luna by the Foreign Ministry in Madrid, after seeing an earlier version of the subject, which was given by Luna to his friend, Pedro Paterno.

Later, in 1888, the painting was entered in the Exposicion Universal de Barcelona, and was declared hors concours or out of competition.

MURILLO VELARDE MAP. The Murillo Velarde map is the first map of our country that was made by a Filipino, Nicolas Cruz Bagay, and printed in the Philippines. 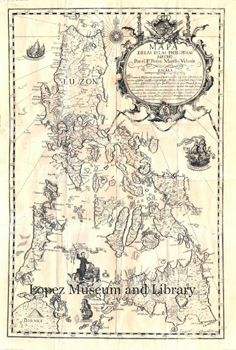 First published in 1734, the map shows completeness in the names of coastal towns and interior topography.

It was the most accurate and largest ever drawn map of the archipelago, and became a model copied by other cartographers for the remainder of the eighteenth century.

IN THE MARKET PLACE. This 1955 painting by Anita Magsaysay-Ho was acquired by the museum at the 1999 Christie’s auction in Singapore. 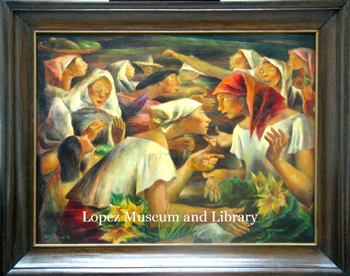 It broke price records back then, when the museum shelled out US $ 375,000 or about 15 million pesos just to bring back the painting to Philippine shores.

The purchase paved the way for Filipino artists to gain higher international recognition.

The exhibit Trajectories is open to the public until December 20, 2013.

Museum days and hours are from Mondays to Saturdays, except holidays, 8am-5pm.

For inquiries, call Tina Modrigo at6312417 or send an email to lmmpasig@gmail.com.