Beer enthusiasts and music lovers were treated to non-stop music with front acts Flying Ipis, Yolanda Moon, Techy Romantics, and Taken By Cars. But the real celebration began when Rivermaya opened the program with the Oktoberfest anthem. 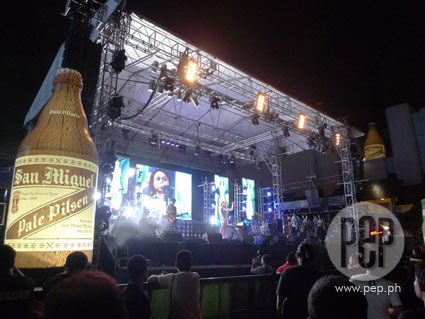 After a rain of confetti and fireworks, everyone was surprised with a literal beer shower! The crowd cheered and jumped as Jake Cuenca and some PBA players went down the stage to hose down people with beer. 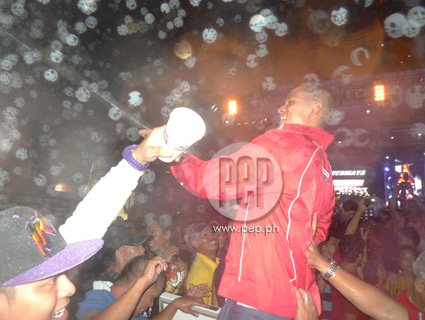 The festivities continued as bands 6cyclemind, Kjwan, Pupil, Greyhoundz with rapper Loonie and B-boy of Queso, and Slapshock performed with live remixes from DJs Brian Cua, Deuce Manila, Ace Ramos, Couchlab, and Mars Miranda. This collaboration gave the audience a mix of rock and roll, rap, and Electronic Dance Music (EDM) throughout the night.

One of the night’s highlights was Alice Dixson joining Kjwan on stage. While vocalist Marc Abaya sang their hit song “Pintura,” Alice danced and took sips from her beer bottle. As the band continued to jam, Alice good-naturedly poured beer on Marc, which drew cheers from the crowd.

The 2014 Oktoberfest celebration is set to continue at Mango Avenue, Cebu City on October 3. 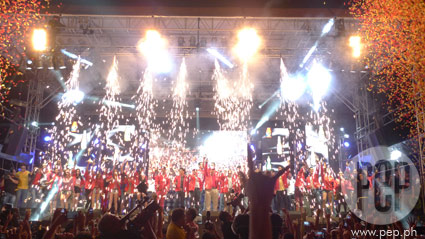