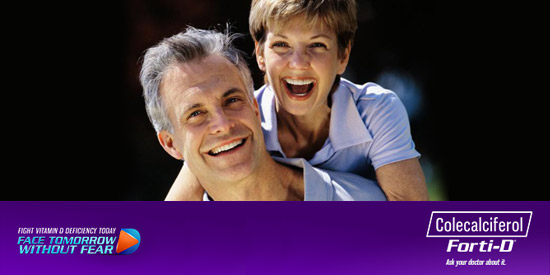 To ensure strong and healthy bones and proper functioning of the body’s organs, plus help reduce the risk of developing chronic diseases, Vitamin D is very important.

With widespread health warnings about the dangers of too much sun exposure, opting to stay indoors nowadays to avoid harsh ultraviolet rays might sound like a good idea.

But what most people don’t know is that avoiding sun exposure can lead to Vitamin D deficiency and increase their risk of developing chronic illnesses such as cardiovascular diseases and certain types of cancer.

For the longest time, Vitamin D was associated directly with bone health, but recently, it has received a lot of attention from the medical community and the media regarding its overall health impact.

Studies show that people with chronic disease have low levels of Vitamin D.

And considering the Philippines is a tropical country, most would likely believe they’re getting enough Vitamin D due to the mainly sunny weather.

Surprisingly and alarmingly, it was revealed that Vitamin D deficiency is becoming prevalent among Filipinos, with 7 out of 10 working adults identified to be suffering from such deficiency.

This is based on an ongoing study commissioned by Unilab in partnership with Hi-Precision Diagnostics among 5,000 working adults, 18 years old and above, who live in Metro Manila and other urban areas in the Philippines.

Various researches traced the high prevalence of Vitamin D deficiency to increasingly indoor lifestyles, with most cooped up in the confines of their offices during daylight.

Other factors identified were practices such as using an umbrella and slathering on sunscreen at midday, which is actually the best time of the day to get the ideal amount of Vitamin D.

These are the common practices that people inadvertently do that lead to a deficiency of the Sun vitamin.

It remains, that most of the Vitamin D production in the body relies heavily on the skin’s exposure to the sun’s ultraviolet rays, since including a Vitamin D rich food into one’s diet could only do so much as only 10 to 15% of the required daily Vitamin D dosage can be obtained from it.

It is highly advised for everyone to meet the required daily dose of Vitamin D to ensure strong and healthy bones and proper functioning of the body’s organs, to help reduce the risk of developing chronic diseases.

Get enough of the sunshine vitamin without subjecting yourself to the harmful rays of the sun, through a daily intake of a Vitamin D supplement, such as Forti-D.

The latest Vitamin D supplement in the market, a single dose of Forti-D contains 800 IU of Vitamin D3, the amount needed by the body for benefits beyond bone health.

Help lower the risk of getting chronic diseases such as cancer, diabetes and cardiovascular diseases by getting the sufficient amount of Vitamin D with Forti-D, available at leading drugstores nationwide for only P6.50 per soft gel capsule.