Pinoys aim to break six World Records in one week 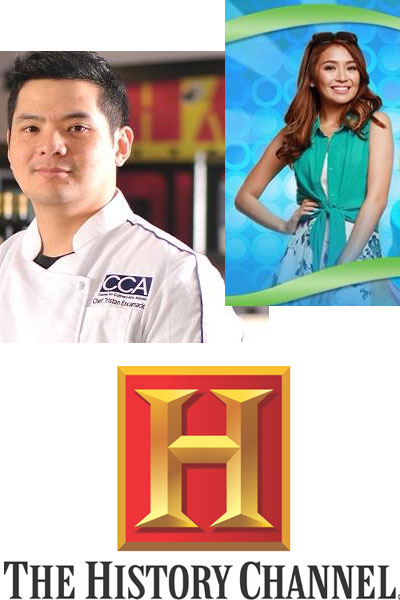 Mark your calendars and join any of these upcoming World Record attempts by April 12.

If you're a true-blue Pinoy with a penchant for crazy stunts and weird acts, this is your chance to break world records and have a blast.

Here's what's available (do check if you qualify, and if you can help Pinoys break these records):

They are targeting 500 sidecars to form one long unbreakable line. And to make sure they don't cause traffic, they are doing this in Kawayan, Isabela. The line is expected to be 3.2 kilometers long!

So if you own a tricycle (or a sidecar) and can head out to Isabela come April 8, do get in touch Ropali Motorcyles through Aldous Rex Alingog. The previous record stands at 270, held by the Chinese nationals.

2. Ropali Motorcyles will also attempt to set a new World Record for the Largest Simultaneous Motorcycle Burnout on April 11 at the Tagaytay Convention Center.

The previous record stands at 230, but since we're Pinoy, our aim is 300 burnouts! A pre-record setting briefing will be held to check if all motorcycle owners know how to do the burnout properly.

If you know how to keep your bike stationary and spinning on its wheels causing the tires to "heat up and smoke" due to friction, by all means, join.

It helps that April 11 is also the day when motorcycle owners will convene for an actual motorcycle convention at the same venue.

Ultimately, these two records will help create awareness for motorcycle tourism in the country, and how we can appreciate the sights from the vantage point of two wheels.

Additionally, TV host Jaime Dempsey of Ride N' Seek (also on History Channel) has come onboard as Ropali Motorcycles' newest endorser. She was originally invited to attend either of the attempts, but couldn’t make it due to her hectic schedule in the U.S.

3. OraCare will set the World Record for Most People Using a Mouthwash on April 12.

This will be held at the Market! Market! open grounds in Taguig City.

OraCare, the first available alcohol-free mouthwash in the Philippines, will attempt to gather 2,500 people who will gargle simultaneously for 10 seconds. The second pakitang-gilas attempt is to make sure that all 2,500 people gargle for one minute.

And don't worry, spitting cups will be provided.

During the presscon for this, OraCare's newest brand endorser hadn't been announced yet, but Kathryn Bernardo is now officially part of the OraCare family.

We ask brand manager Guia Talag if the Teen Queen will join the attempt.

Kathryn will actively promote the event by asking the public to join this world record attempt.

4. The Medical City will attempt to set the Largest Reunion of People Born at the Same Hospital World Record.

Their target is to reach 1,500 people, according to hospital representative Anne Ruth dela Cruz. She adds that while they don't have celebrities endorsing them per se, but due to "patient confidentiality, we have a lot of famous patients, but we cannot call them unless they will be the ones to say or tell us we would like to support your endeavor."

She says that people born in Medical City over the past decades all qualify, but they have to sign up, and provide proof that they were actually born in the said hospital.

So if you, or anyone you know, was born in any Medical City-affiliated hospital or old hospitals of Medical City, do call them and find out how you can be one of the 1,500 to set the record on April 12 in Market! Market!

5. Shakey's will attempt to break an existing world record of the Fastest Time to Eat a 12-inch Pizza.

The previous record, according to Chez Manalaysay, is set at 41 plus seconds held by a Burbank, California man named Peter. Chez says Shakey's hopes to beat it by making sure the Pinoy contestant gets it down in 40 seconds or less on April 12 in Market! Market!

To help ensure success, Shakey's will be coming up with a special 12-inch pizza that is easy to chew. During the presscon, some younger members of the press, including myself, were given a chance to try beating the 40-second mark with the garlic-and-cheese, thin-crust pizza.

Of the four contestants—two guys and two girls—the girls fared better at finishing nearly 3 of 8 slices in 40 seconds.

Chez adds, that to date, there are no plans to have celebrities help endorse this attempt or even Shakey's, because she says, "We have friends, we're lucky enough na our best endorsers are the people, the guests.

“Our iconic products like Mojos and Manager's Choice stand on their own."

6. CCA or the Center for Culinary Arts will set the Most Number of Balut Recipes.

One of their graduates and an instructor, Chef Tristan Encarnacion, himself a celebrity, having been the resident chef of morning show, Unang Hirit, a while back, will be the face of this campaign.

The goal is to come up with 100 unique recipes featuring the balut in its entirety, and present it to the public on April 12 in Market! Market!

The general public can participate in this last world record attempt. Send in your recipes so Chef Tristan and the CCA team can validate and compare them with other recipes to make sure each idea is one of a kind.

He adds, "The aim is to show that ordinary people can do extraordinary stuff."

Ruby reveals that they originally intended the world record-breaking week in September, but when all five partners said their anniversaries were all in April, they decided to do it on that month.

Will other companies be allowed to join the April 12 event?

Ruby says, "They want to, but we have set a time limit and we're still negotiating. If ever I allow, just one more. Most likely, a facial wash."

As for the balut, we ask if the idea came from History Channel or CCA.

He says, "CCA, they are the ones who suggested it. It came from them."

He adds that the record-breaking week will be something to look forward to. "First time to attempt! It just happened that all of them are celebrating their anniversary or something.

“With the parade, the reunion, perfect yung summer."

He concludes with this promise, "I expect 100-percent success for all six records. Nothing less."