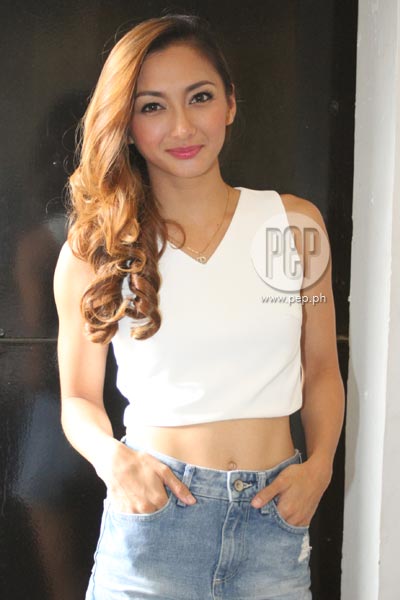 Iya Villania prefers hosting over acting, and will only take a teleserye project, “if I have to, kapag maganda yung opportunity ... if it's a role I wanna take.”

“Plano namin, next year, we'll start trying. Mid of next year,” says Iya Villania about her plans of having a baby with husband Drew Arellano.

At her pictorial for Watsons’ Switch and Save campaign, she reveals her reason.

“Ang dami pa naming na-i-enjoy together as married couple e alam naman namin the reality of having a baby.”

She’s fully aware that her priorities will change once she gets pregnant, so “as much as possible, we just wanna enjoy this first.”

What if she gets pregnant earlier?

“So if ever mapaaga, I would welcome that also. I would be happy also.

“I would rather get pregnant earlier but planned rather than having a hard time.”

Is she going to slow down?

She says, “…will play that by ear. If it works that I feel... if I feel na medyo it might... if it will make things difficult, huwag na lang.

“Which is probably also why I prefer to host and sing.

HOSTING VS. ACTING. Careerwise, she really wants to focus on hosting.

“I prefer hosting talaga, hosting and performing, performing as a singer/dancer, not as an actress.

“That is what I prefer...you know, I tried acting, and uhm, siguro kayang itawid but it's not my forte, e.”

Should a TV series project come along, she throws in, “not drama, kapag comedy pa iyan.

“I just enjoy dancing, singing, and hosting much more.

“I will if I have to, kapag maganda yung opportunity, and if I feel...if it's a role I wanna take, then I will.”

She’s been in the business for about 12 years now.

Does she still get affected by intrigues or criticisms?

“Hindi na ako nasa-shock. I guess it comes with it. Hindi ako natutuwa but I also choose not to entertain it.

What if the issue or comment is below the belt?