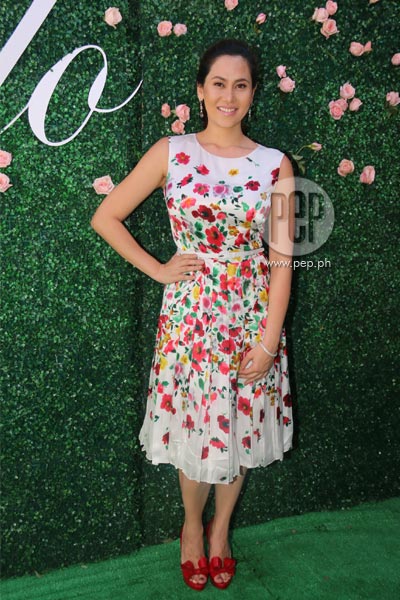 Cristalle Henares on how she maintains a long-distance relationship with boyfriend Justin Pitt: "We make sure we see each other once every four to six weeks, maximum na yung six weeks..."

On April 30, Cristalle Belo boarded a flight to Siem Reap, Cambodia, to be with her Australian boyfriend who is based there.

Earlier, at the Belo Polo Cup 2015, PEP.ph (Philippine Entertainment Portal) had a chance to talk to Cristalle about her BF, Justin Pitt.

"We've been together for a year now; he's general manager of Anantara [Angkor Resort & Spa in Cambodia]," she said.

LONG-DISTANCE RELATIONSHIP. Cristalle described her long-distance relationship (LDR) with Justin as a mutual effort on their parts.

She said, "We make sure we see each other once every four to six weeks, maximum na yung six weeks.

"The LDR rule is, if you feel disconnected, then it's been more than six weeks."

Justin made time to be with Cristalle at the Belo Polo Cup 2015 event.

She beamed, "I'm happy he's here for the big event; he knows how much time and effort I put into it.

''Whenever I tell him, 'I'm busy, I can't talk,' he probably did not understand what it meant until he saw everything here.

"Then he appreciated it more, so he's very proud of us—me and my team."

PROMISING FUTURE. Is moving forward part of their plans?

Cristalle confessed, "Yeah, it's a milestone that we've reached a year and I'm hoping that we'll continue to grow and become closer as a couple; we're not getting any younger.

''Looking forward to a future with him!"

She's also happy that her mom and Justin are on good terms.

"He's good, I think they're good. They get along well.

''She likes his management style. She's been to his hotel so she likes the way he manages it, the way he runs its, how hands-on he is."