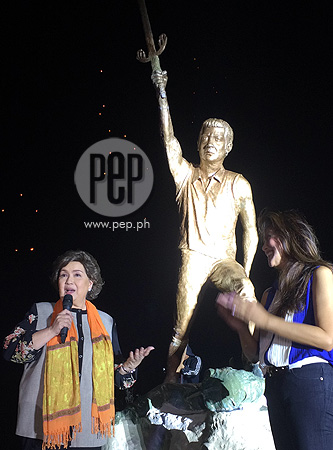 “I'm too happy to cry, but I'm too sentimental to hold back my tears.”

Susan Roces told thousands of Ilocanos who attended the unveiling of Flavio's statue at the Paoay Sand Dunes in Ilocos Norte last Friday, May 1.

Flavio is the main character in the classic film series Ang Panday popularized by her husband Fernando Poe Jr. during the 1980s.

The sculpture Flavio made by visual artist Raphael David depicts a scene where the iconic comics and movie character is hurling his magical sword against a supernatural enemy named Lizardo. 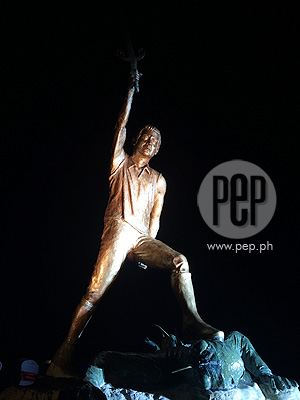 The veteran actress and wife of the late King of Philippine Cinema was emotional when he saw the statue of the character.

In a short speech she made during the program, Susan Roces related to the audience, “As I look around, nagbabalik-alaala sa akin 'yong mga panahon ng 1980s.

“This inspired FPJ to keep coming back for many years to produce movies that would entertain, not only the youth but the whole family as well, during the Christmas holidays.

“Kaya malaking bagay ito, it's like a homecoming for me. 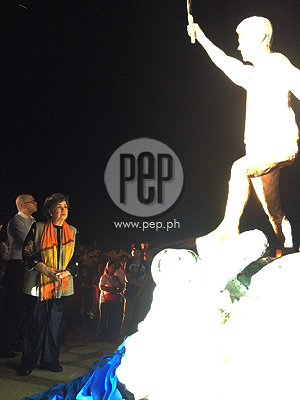 The statue of Flavio is mainly made of fiber glass. His sword, on the other hand, is a mix of fiber glass and stainless steel features.

This is the second statue installed in the middle of the vast land of Paoay Sand Dunes.

The first one was the sculpture of Elsa, the popular character portrayed by Nora Aunor in the internationally acclaimed movie Himala.

The fiber glass statue was made by Filipino sculptor Gerry Leonardo, which was also launched in time for the annual “Himala sa Buhangin” event during Ilocos Norte's La Milagrosa Festival last year. 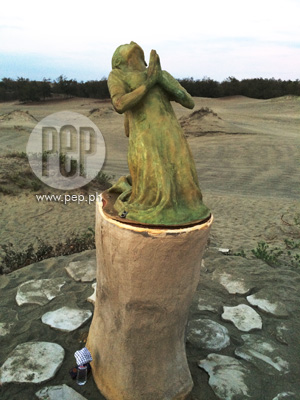 Apart from Ang Panday and Himala, other movies such as Temptation Island (1980 and 2011 films) and Mel Gibson-starrer movie Mad Max (1980) were also shot in the 88-hectare of pure sand and sand dunes in Paoay, Ilocos Norte.