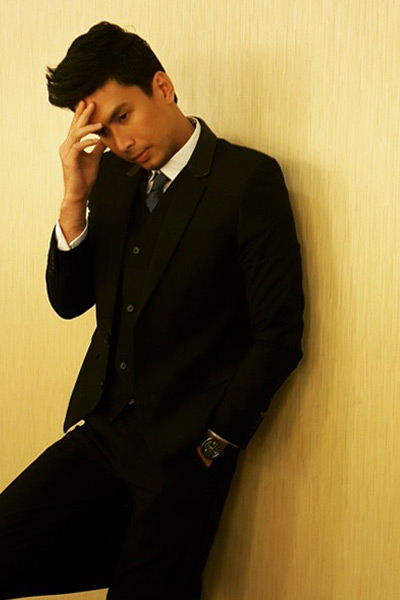 For the "naturally-quiet" Christian Bautista, living his dream of being a singer-actor entails sacrifices along with the blessings.

Being a celebrity is not as easy as the public perceives it to be.

It is not just about looking good on and off camera.

It is a much more complicated lifestyle, and quite daunting, too.

First off all, you are expected to please everyone, and that’s just half of the story. The worst can happen, like an entire population turning its back on you.

PEP.ph (Philippine Entertainment Portal) has laid down the perks of becoming a star. This time, we show you the lowdowns in showbiz.

READ Georgina Wilson drives "free Jaguar," Christian Bautista travels for free, and other perks of being a star

THE BAD AND THE UGLY. The greater the success of the celebrity, the harder it is to hide from public eye.

You are hoisted on a high pedestal, where people can look you up from all angles.

Their reaction will vary from curiosity to devotion, and if they don’t like what they see, aversion.

As singer-actor Christian Bautista puts it, “I get to sing, I get to meet people, and it’s free, wow! Thank you, God!”

“Pero ‘yon nga, the other side of fame, walang privacy.

“Sometimes it gets to me kasi I’m a naturally-quiet person. Medyo nagbago lang.”

THE GOOD. On the upside, being a celebrity also means having people listen to you, which is why international institutions such the UNICEF and the World Health Organization choose celebrities as goodwill ambassadors

As a celebrity, everyone’s eye is on you as much as you have everyone ears.

Explains actress-host Iya Villania-Arellano, “The best thing is you get to influence people on a wider scale.”

She stresses, "Of course, hopefully, to be of a good influence.”

And then there are the commercial endorsements.

The model-host Georgina Wilson sees the attention as a kind of privilege after clinching the success of Sunnies Studios.

Mainly due to her attachment to the company, the brand seems to have entered the mainstream quicker than expected.

“I felt passionately about my company and the brand I am creating and as a celebrity, the perk is people start to know about it much quicker than others.

“And for me, that's a really special thing that I don't take for granted.

“When we do something for Sunnies and people, a lot of people see it, I know that is like a very unique and special [position] that I am in.”

Saab Magalona-Bacarro sums up the feeling from her encounters with fans.

Her fans have been with her ever since her early years as a blogger, and she appreciates their loyalty and support even if she hasn’t blogged about her life in a long time.

“It's always a nice feeling especially when I get emails from them.

“Inisip ko nga na a lot of them say na I'm their life peg and it's shocking.

“I really appreciate it. It’s really a perk when I have people tell me that I inspire them.”

Indeed, being a celebrity is hard work, especially when the price of fame comes with the loss of privacy and erratic scrutiny.

But hey, you are making a positive change through your passion, isn't that something?