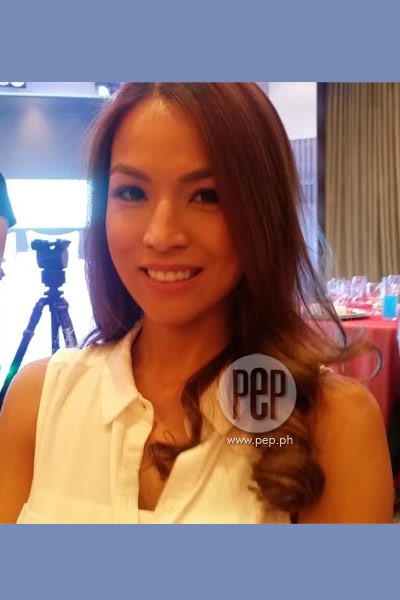 After Aubrey Miles admitted on national television six years ago that she has a love child by former boyfriend JP Obligacion, the Pasion de Amor actress never hid anything from the public again.

Every showbiz savvy person knows Aubrey gave birth to longtime partner Troy Montero’s son six years ago, and that life has been a bed of roses since.

Young as he is, Hunter—whose surname is Miller, Troy's real-life family name—knows and accepts the fact that his kuya Maurie, now 14 years old, has a different dad.

“When Hunter was four years old, he asked me, ‘Why does Kuya go to the other house?’" he's referring to the one in Ortigas, where JP lives with his family.

Aubrey added, "I never tire of explaining that his Kuya has his own daddy.”

PEP.ph (Philippine Entertainment Portal) had an exclusive interview with the hot momma before the presscon of Capsinesis’ 30-Day Be Hot Challenge, which presents a series of online fitness tasks people can do while they go about their daily life.

Aubrey has been telling Hunter in the simplest way possible that someday, she’ll introduce him to Maurie’s dad.

End of story? Not quite.

Hunter, recalled Aubrey, asked again: “What do you mean, so you met this guy [Maurie’s dad] before?”

And Aubrey gently explained again that some people are just not meant to be together.

His mom’s answer is enough for Hunter, who then replied with a simple “Okay.”

Hunter now asks Aubrey, “Where’s Kuya Maurie now? Is he with his daddy in the other house?”

NEVER-ENDING EXPLANATIONS. “I never tire of explaining to him everyday,” Aubrey said.

Then one day, he suddenly stopped asking his mom daily about his Kuya’s regular trips to the "other house," and Aubrey has since answered other questions from her precocious son.

Hunter has finally accepted that his Kuya is “with his Daddy” when he’s in “the other house” nearby.

She didn’t mind that Hunter was just a toddler. Aubrey knew he’d understand. And he did.

“That’s why Hunter, at six, talks like a nine-year-old boy,” Aubrey said with pride.

HEALTHY FAMILY. As a mom, Aubrey also makes sure her boys adapt the healthy lifestyle she and Troy have been keeping for the past years.

Aubrey doesn’t just preach the gospel of wellness at home. She and Troy practice it.

They hit the gym together every morning, and stay there for one-and-a-half hours.

Troy doesn’t post exercise photos on Instagram the way Aubrey does, but he's as much of a fitness buff as she is.

Maurie, following his mom and stepdad’s example, has become a fitness fan himself. He joins them in the gym, where they bond daily over a variety of fitness equipment.

“When he was five, Hunter said he wanted to run, too. So he joined a 3K fun run,” said Aubrey.

She didn’t pressure her son. He just saw his parents having a great time as they ran together, and followed suit.

Aubrey explained it’s just a matter of showing them “the value of being healthy and active while growing up.”

Here are boys who will not grow into what many of today’s Internet generation have sadly become: couch potatoes.

HARD WORK. Aubrey will be the first to tell you it’s not easy to take the path of least resistance and lie on the soft couch at home.

Her sexy and healthy body is a result of hard work and self-control as well.

Health is a commitment to herself and her family.

“I have to embrace it,” the 35-year-old Aubrey remarked.

Embrace it she does because workouts, for Aubrey, is fun, not torture.

No wonder Olai Espiritu, the lady behind Capsinesis, chose her, Troy, Roxanne Barcelo, Will Devaughn, and fitness couch Toni Saret to endorse the product, a food supplement that aims to decrease weight by suppressing appetite, “igniting metabolic functions,” and reducing cardiovascular disease.

It’s not the only solution, of course. And a healthy lifestyle like Aubrey’s is a must.

Aubrey must know what she’s talking about.