The Don'ts of Moving On, according to Karylle, Rachel Alejandro, Venus Raj, and Bianca Manalo 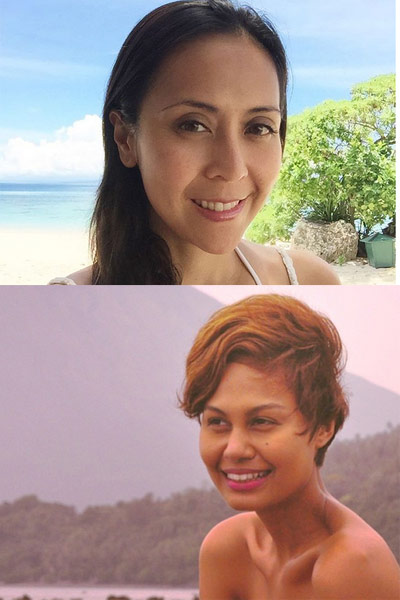 Why is it so hard to move on from a failed relationship?

That’s because most people tend to do things they shouldn’t.

Like venting your hurt and railing against your ex in social media.

Karylle said, “It’s nice you can express it.

“I mean it’s not parang something to be ashamed about.

“But it’s not nice to stay there forever also and get stuck.”

"A heartache is a good opportunity for you to take stock of what else you have going for you, things you should go after…"

Here are nine more things heartbroken people should NOT do when moving on from a breakup.

You hear this from people who've been there, “Lilipas din iyan.”

3. Don’t force yourself to be okay.

Some people just lose their interest in a lot of things.

Without sounding condescending, she underlined there are healthy ways of moving on.

“I have never taken drugs to solve a problem.

Ever the health advocate, For The Sexy Chef author said drinking spirits is reserved for celebration.

"Kung masaya, I drink. For me kasi kung uminom ka and malungkot ka, it's gonna make it worse."

Unlike in the movies or TV series where problematic people are depicted with a bottle in hand, Rachel remarked, "After the buzz is gone then you're faced with a hangover, you wanna kill yourself even more."

6. Don’t be friends with your ex right away.

Most people say it’s easier to get past that sad feeling if you cut the communication lines—delete contact numbers, block social media accounts.

Eventually, Bianca said, friendship may be on the horizon.

But it will take time.

7. Don’t keep a memorabilia of your ex.

To some, it works. For Bianca, “Huwag mo siyang babalikan.

“Pero you have to fight for it, fight it, fight the feeling.”

What does she mean?

She said she'd been burned too often because her heart did the thinking for her.

9. Don’t get into a rebound relationship.

Rachel is totally against entering a new relationship right away.

"I am gonna go out and meet a new guy, minsan that's worse."

She does have friends who ended up in rebound relationships, "Sometimes, yun talaga ang nagkakatuluyan," but for her, it was never like that.

"It's always been na when I feel bad about my lovelife, then I'll work on something else."

READ The Do's of Moving On, according to Karylle, Rachel Alejandro, Venus Raj, Bianca Manalo