Why Saab Magalona has been saying no to TV projects 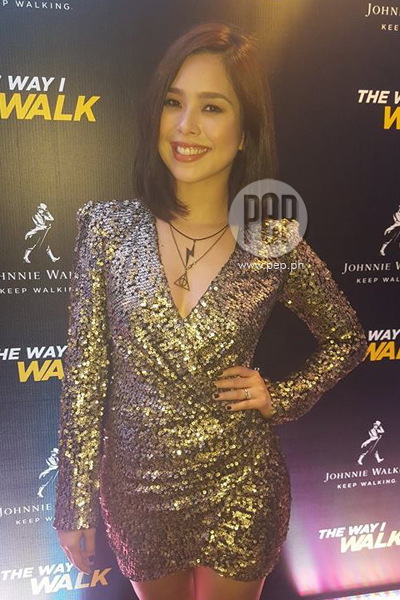 Blogger/ DJ/ vocalist Saab Magalona says she does not want to be the usual housewife: “I just have all the time to do all of these. I am not boxed in, and I don’t have a corporate job nine to five."

Having Pancho Magalona and Tita Duran, two of the brightest stars of Sampaguita Pictures, as grandparents, and Master Rapper Francis M as father, make the Magalona siblings true-blue children of showbiz.

Thus, it's not surprising that five—Maxene, Saab, Elmo, Frank, and Arkin—out of eight Magalona siblings have marked their respective spots in showbiz.

But having a popular surname does not entail a bed of roses.

“It’s very difficult to overcome that.

“It’s not my fault that I was born to this family.

“Especially with me, it’s hard kasi my sister [Maxene Magalona] is also in showbiz.

“She started way younger, and I always been compared to her ever since I was in high school.

"But the thing is, you just have to find your own thing.

“I didn’t want to compete with her, especially I don’t wanna be compared to her, she’s my best friend, my sister."

NO TO SHOWBIZ. Saab decided to be less visible on television due to its erratic schedule.

“It was really taking up a lot of my time and I had no time doing anything else.

“Kasi for me, I stopped doing TV work, and somehow, I guess you still hear my name doing different things because I chose to do other stuff kasi.”

Saab is a radio DJ, vocalist of the rock band Cheats where her husband Jim Baccaro is also a member, and a blog writer for her own spellsaab.juice.ph.

“I just have all the time to do all of these. I am not boxed in, and I don’t have a corporate job nine to five.

“But I am not saying it’s a bad thing to have a corporate job. It is not just for me.

“And I think I found the proper formula: to succeed on my own terms.

“I work hard pa rin, and not become the usual housewife.

“You still need to do what you love."

“It’s really really so much fun, and it’s crazy to wake up every day next to him.

“Masaya. It’s the best decision I have made.”

Saab clarified that she didn’t get married because she's pregnant.

“They say a lot of things about me na parang, 'Buntis ka kaya ka nagpapakasal.'

“A lot of people assume that young people, when they get married, it means they are pregnant.

“What if we just wanna get married? It’s been seven months and there’s no baby."

So when are they planning to have a baby?

Saab said in a previous interview with PEP.ph (Philippine Entertainment Portal) that she and Jim plan to have kids in three to four years as they want to travel first, and spend time with their dog Joey.