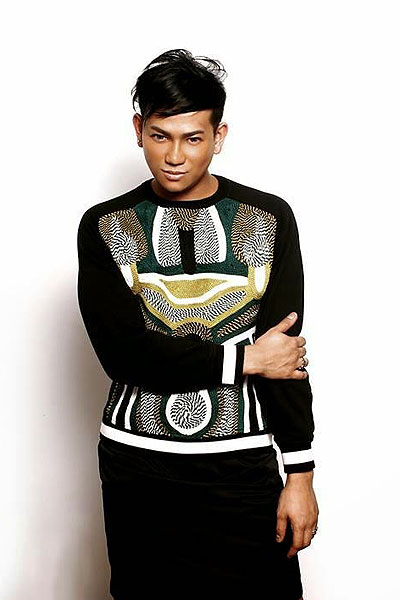 Creative director and Unilever hair care expert Lourd Ramos hopes to inspire fellow hairdressers: “I want to change how they see a hairdresser’s life. It has to be professional now, and it has to be more innovative."

Hair is probably one of the most fussed-over parts of our body.

Not only it is our crowning glory, but sometimes, it has its own story to tell.

These days, the straight, long, and black hairstyle has given way to an edgier, trendier look.

“Aggressive na siya unlike before, unlike five years ago,” Unilever hair care expert Lourd Ramos describes the hair trend in the Philippines in an interview at the opening of Shimmian Aesthetic Center, Makati branch, which he put up with Shimmian founder John Lansangan.

MORE EXPERIMENTAL. He also told PEP.ph (Philippine Entertainment Portal) that unlike five years ago, when Filipinos had the tendency to stick to traditional styles, they are now more experimental.

“In 2010, people were still scared and not prepared for trendy haircuts.

“But now, this year, people are very aggressive, outlandish, and flamboyant.

“You see naman the colors purple, pink, green, and now everyone wants grey and silver [hair]."

Lourd believes Pinoys are now ready to take their hairstyles to the next level.

“Because they see it in the runways of New York, Paris, and Milan.

“So we try to idolize them. Our icons now are very trendy, fashion forward, and parang sa kanila, ‘We can do this!’

Kylie Jenner seems to have set the granny-hair trend.

SUGGESTIONS TO CUSTOMERS. At times, Lourd admitted to getting shocked by some re requests of his clients.

“Minsan nasha-shock ako, but I do recommendations.

“And I’d tell them, 'You have more phases to come.'

“I do lots of consultations and recommendations.”

HAIRSPIRATION. Where does Lourd get his hairspiration?

“I get two trends—one, from the runway, which is Tressemme, and the second one is the fashion trend which is from Davines.

“Yung fashion with Davines is because of the coloring, the new innovative products they will launch worldwide.

“Meanwhile, transcending that to the runways and catwalks of New York which is Tressemme, we get the hairstyle. So magkaiba sila.

“Yun yung swerte ko. I get to get feeds fresh from the trend reports right away.”

Where does he get his energy? How does he motivate himself each day?

"I want to inspire my Creations hairdresser to be like me, if not me, better than me.

“I want to inspire other people also, like the younger generation na with this kind of job, you have to be more disciplined and you have to have a vision.

“If you’re gonna be tamad then nothing’s gonna happen.

“[I have] random thoughts sometimes na I just want to be ordinary. But when I do that, they would just say, ‘Cause you’re Lourd, e.’

"So those things. So I feel blessed."

A HAIRDRESSER'S LIFE. For Lourd, there's more to his profession than just cutting hair.

“I want to change how they see a hairdresser’s life.

“That’s how I want hairdressing to be in the coming days.”