We live in the digital era and now, more than ever, stars are more accessible to their fans.

If in decades past, supporters watched TV, fell in line at the box office, and collected newspapers and magazines, fans these days follow their idols' social media accounts.

Another change is that celebrities now share snippets of their everyday lives away from the camera, and a big part of that includes a peek into their family life and journey to parenthood.

Some create separate Instagram accounts or a dedicated hashtag for their kids, who are now celebrities in their own right.

We watch their milestones, gush at their cuteness, and follow them for a dose of good vibes.

We fall in love with them the way fans fawn all over their famous parents. 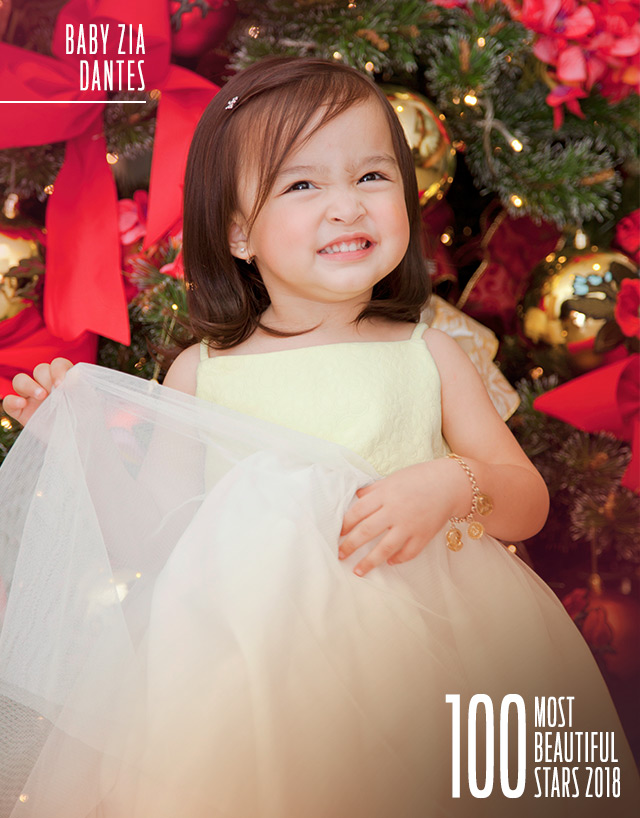 The mom and daughter have also mastered the art of twinning, wearing outfits in similar prints or designs.

The Marian mini-me already has her signature poses, including the pout and "Ay, may daga!" stance, which involves raising one foot as if avoiding a mouse on-the-run.

At home, Marian admitted she and Dong are particular with their two-year-old's TV time.

And when Zia is fussy with her food, Mommy Marian applies the reward system.

What if Zia asks for juice or candy?

As for Daddy Dong, he wants to savor Zia's childhood. 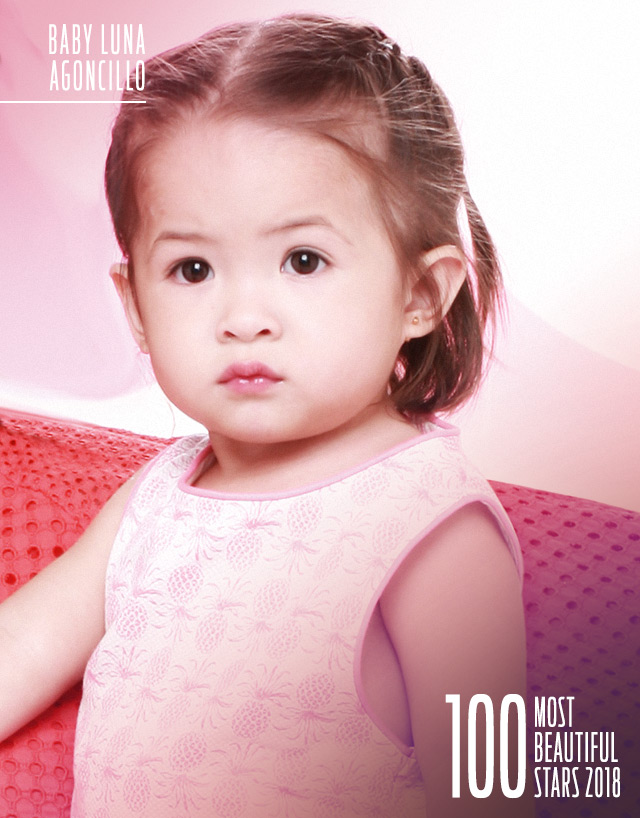 The youngest child of Judy Ann Santos and Ryan Agoncillo has been a regular in her parents' social media posts.

She accompanies Mommy Juday to the Sunday market, the gym, and even tthe actress' derma appointments.

Luna, together with her Kuya Lucho and Ate Yohan, have cameos in the episodes of their Mom's online cooking show, Judy Ann's Kitchen.

Most recently, Ryan posted an Instagram video of Luna eating gyoza on her own, using chopsticks no less!

Lunnie Bunny's parents tied a rubber band around the pair of chopsticks, and inserted a roll of paper in between, to help her learn how to use the utensils. It has since been viewed over half a million times. 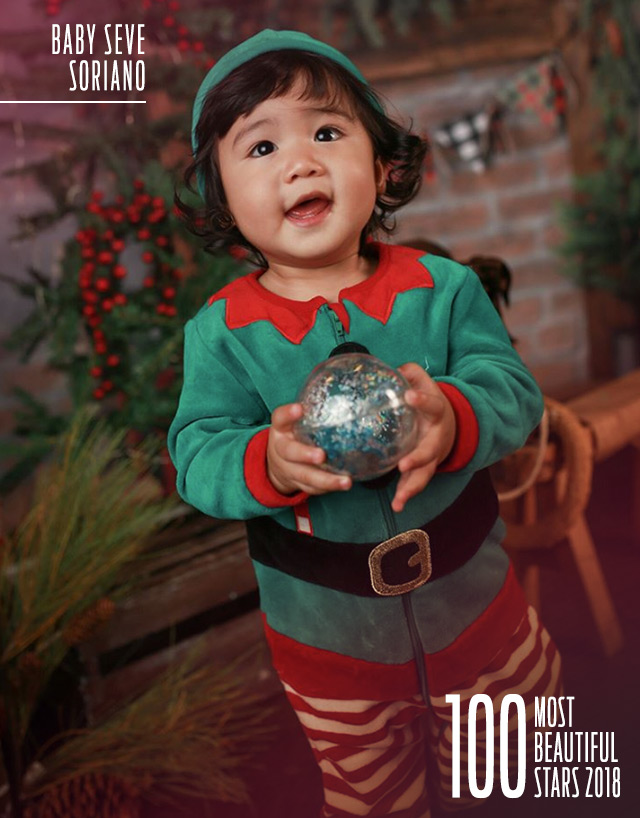 The almost-two-year-old unico hijo of Toni Gonzaga and Paul Soriano is so adorable, with his mop of curly hair and chubby cheeks.

Alex often babysits Seve, and when she does, their duo brings laughter and creates great content to the delight of Alex's YouTube subscribers.

The video "Tinang and Seve's playtime" in particular, which showed Seve counting and identifying colors and shapes, has been viewed over 1.5 million times.

Paul and Toni have also hired a tutor who comes during weekends to help Seve develop his motor skills.

Paul said in a press conference last April, "She comes twice a week, and helps him out with color, shapes, numbers..."

The idea appealed to the working parents. Toni said, "You don't really have that much time anymore to focus and sit down, so there's someone [who does the job]." 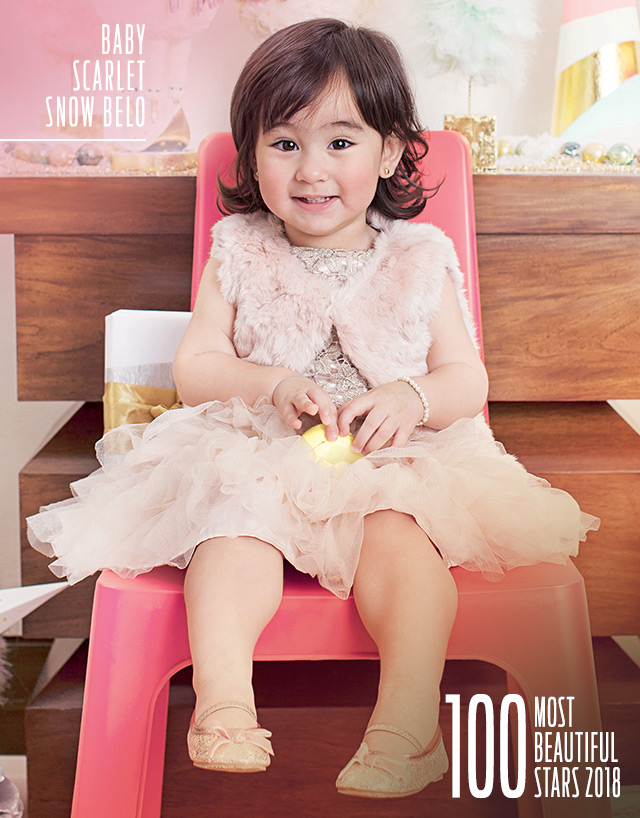 The little girl, who's not shy performing in front of the camera, seems to have the gift of gab, as her mom shared the award Scarlet got from school: Best Storyteller.

The proud mother added, "She's very smart. I feel like she's advanced for her age intellectually. What we're trying to do is make her also emotionally [intelligent]. Her IQ is good."

The bibo kid is currently multilingual, speaking mostly in English but also starting to master Filipino.

For her moving up ceremony, Scarlet lead the singing of “Lupang Hinirang.” Her dad Hayden practiced with her the night before.

On Scarlet's own Instagram account, followers watched her video practicing the National Anthem, and displaying her singing skills.

Scarlet has over two million followers on Instagram. Although now used to having her photos and videos taken, the young girl has started asking questions.

In March, Vicki revealed, "She doesn't have any idea what's going on, that she's so popular. The only question she's ever asked me is, 'Why does everybody know my name?'"

Unfortunately, the famous tot has also had her share of unpleasant encounters. "[Hayden and I] are very careful about controlling her environment. Sometimes people get so gigil with her that they tend to be very rough, the way they treat her. You know, they pinch her or 'picture-picture.'

"And, you know, that's okay for older actors and actresses because they know, but she's only [three]!"

Vicki said Scarlet would stop whatever she's doing once she sees a camera pointed at her.

"I don't know if you've noticed, our videos are less because she doesn't like to be videoed anymore."