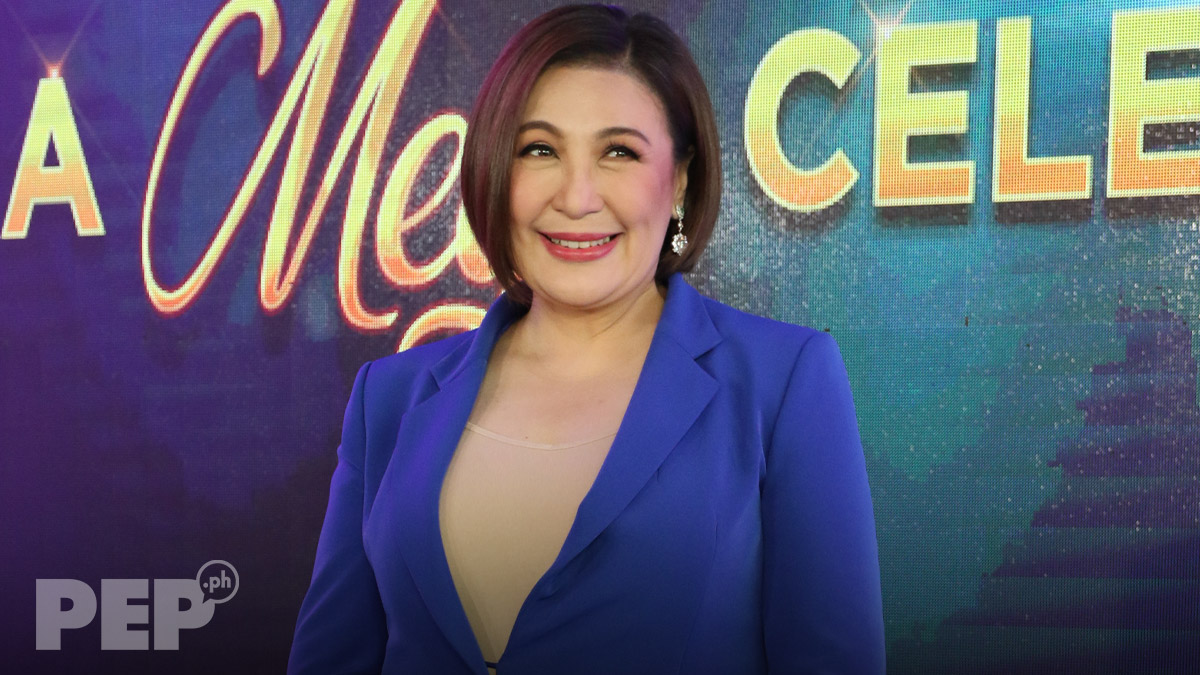 Sharon reveals that she got minimal botox under her eyes and non-invasive treatments, such as Thermage and Ulthera, with beauty doctor Aivee Teo.
PHOTO/S: Noel Orsal

Megastar Sharon Cuneta, 54, revealed the secret to her youthful glow.

On January 9, Thursday, at the press conference held after her contract signing with ABS-CBN, she admitted to undergoing treatments, such as Thermage and Ulthera, with beauty doctor Aivee Teo.

Thermage and Ulthera are popular non-invasive treatments that give an instant facelift, and boost the skin's collagen production.

The Kapamilya host-actress also got "minimal botox" to manage the wrinkles under her eyes by temporarily paralyzing muscles.

She said, "I do Thermage and Ulthera with Doc Aivee, but if you come close... and check my face, I still have lines.

"When I do botox, it's very minimal, and really, really not often because I don't want to lose my expressions lalo kapag artista ka.

On why the Megastar decided to do these treatments, she said, "These are my dad's eyes. Yung eye bags ko, minana ko sa daddy ko.

"Parang I feel na you owe to your audience to look as good as you can, but still looking your age, just looking young for your age."

The horror film Kuwaresma was released in May 2019. Directed by Erik Matti, the film also featured John Arcilla and Kent Gonzales.

Sharon reiterated that she won't go overboard with botox.

Aside from Ulthera, Thermage, and botox, Sharon also tried the EMSculpt treatment, which tightens the skin on her arms and her tummy areas after losing the unwanted weight.

EMSculpt is a body-contouring treatment which uses a machine that causes 20,000 muscle contractions in 30 minutes.

She said, "They have this thing called EMSculpt kasi I lost so much weight, hindi saggy yung skin ko because of that machine.