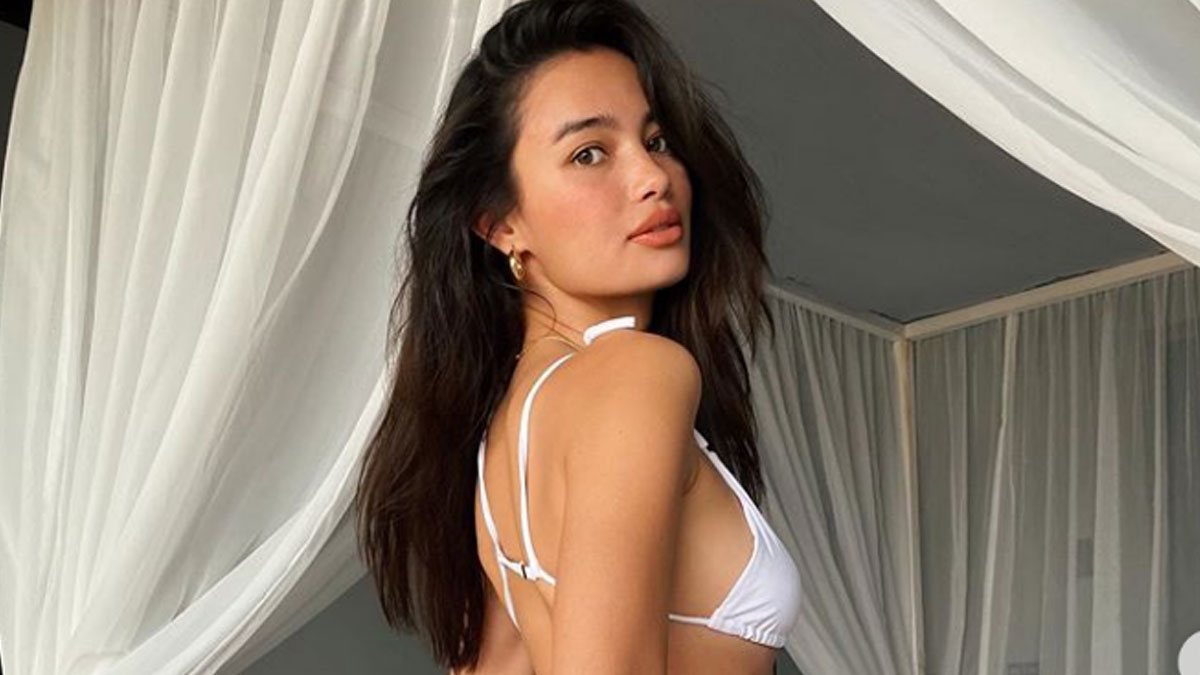 A quick scroll of Kelsey Merritt's Instagram account will show the cool lifestyle of a young woman who's got it all—a gorgeous face, an enviable body, a glamorous profession.

But like many in the world of fashion populated by equally beautiful and talented goddesses, the Filipina supermodel also had moments when she felt less confident about measuring up.

At her digital press conference hosted by Viva Artist Agency last Wednesday, June 24, Kelsey talked about how self-doubt had motivated her even more to succeed in the cut-throat modeling industry.

Models are often judged by their height, with between 5'8 and 5'11 as standard requirement.

She said, "I started modeling at 15 in Manila, and I really felt insecure because I was shorter than most models.

"I was really young. I wasn't really put together as the other more established models."

She also experienced rejection, but by then she had learned to dismiss it as part of the job.

Kelsey said, "I learned very young and it's helped a lot with my career just learning that sometimes if clients don't choose me, it's not because I'm not good enough or I'm not pretty enough or not tall enough.

"It's just because I'm not the right fit person for the job. It doesn't make me lesser than the other models.

"They're just that they're looking for a particular type of person and I just didn't make that fit.

"Learning that very early on during my career has helped me a lot when I moved to New York.

"I was competing with, like, even bigger models and even bigger figures so having that mentality has really helped."

Kelsey wrote in the caption, "Stretch marks are sexy. Say it with me [heart emoji]"

At the digital press conference, Kelsey said she wants to be an inspiration to women by showing her authentic self.

The Sports Illustrated model stated, "I feel like as a model and as a figure people look up to, I sort of have a responsibility to show people that I'm real.

"That I'm also human and that I have the same things they have—the stretch marks that they have are naturally occurring on the human body.

The Victoria Secret Angel added that she does not edit the photos she uploads on Instagram.

"It seems crazy to me to edit my photos to make me look perfect because I'm not.

"And I feel like, I see that in other people and I don't want other people to feel that way through my photos.