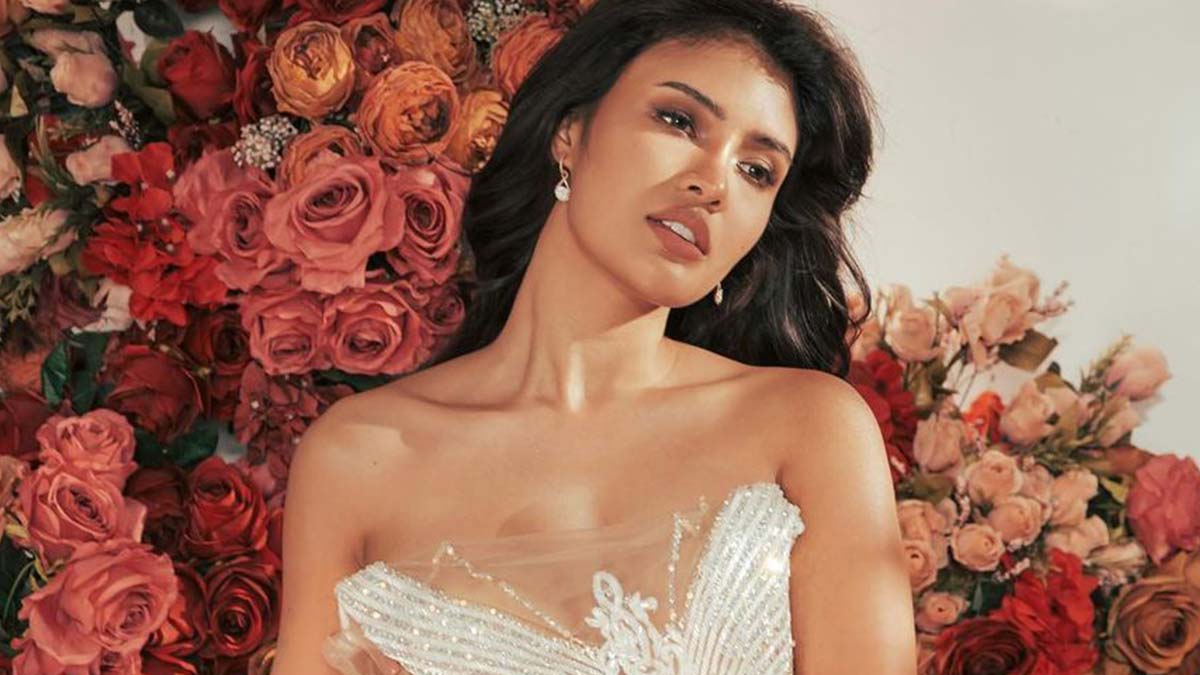 Rabiya Mateo on beauty queens undergoing plastic surgery: "There are those women who chose to do surgery and it doesn't make them less of a person."
PHOTO/S: @andreabeldua / @rabiyamateo on Instagram

Rabiya herself has been bashed by netizens for supposedly undergoing plastic surgery. Her high-school yearbook photo went viral shortly after she won the Miss Universe Philippines title in October 2020.

Although Rabiya neither confirmed nor denied the insinuations at the time, her mom Christine Mateo came to her defense and denied the rumors.

Rabiya acknowledged that many Filipinos are still not open to the idea of pageant candidates or winners going under the knife.

She told PEP.ph, "The issue about beauty queens having plastic surgery is because there's still a conservative mind among the public. So kasi, to be honest, in other countries, it's nothing e."

The Kapuso talent pointed out that a cosmetic procedure can contribute to a positive self-image, and women should be empowered to make choices and decisions for themselves.

She explained, "So sa akin, if you wake up in the morning as a woman, and if you feel great about yourself, you feel very beautiful, then go ahead. We're happy for you.

"But there are those women who chose to do surgery and it doesn't make them less of a person.

"First, it's their money. It's their own choice. And for me kasi, equality is giving everyone, you know, equal decision to decide for themselves."

Rabiya expressed her hope that the stigma on cosmetic surgery will soon fade away.

"I mean, it's already, magte-2022 na nga so sooner or later, we will wake up in a world na we can let people decide for their own happiness."

What's her self-care routine amid the pandemic.

Aside from her minimalist beauty regimen, the Agimat ng Agila actress said she treats herself to facials and glutathione drips at Toledo Med twice a month.

Rabiya told PEP.ph, "Dati kasi it's like once a month lang. Pero it's a secret na nalaman ko na, every two weeks, I should do that.

"And also, I used to think na once you get yourself IV drip, yung sa glutathione, it's because you want to be white or gusto mo pumuti.

"Pero in my case kasi, it makes my skin glowing, so parang yun din yung gusto ko ma-achieve, kasi glutathione is an antioxidant.

"And it's also good for your health. 'Tapos gaganda ka pa."

Rabiya also has an unusual beauty secret: she maintains her glow by talking to her skin.

"Isa rin ito sa secret ko na I would talk to my skin kasi minsan nananadya sila, especially if you have a shoot, bigla na lang may tutubong pimple.

"So before the shoot, the night before that, I will talk to my skin and say na, 'Okay, huwag ka munang lalabas! Kailangan natin kumita ng pangkabuhayan.'"