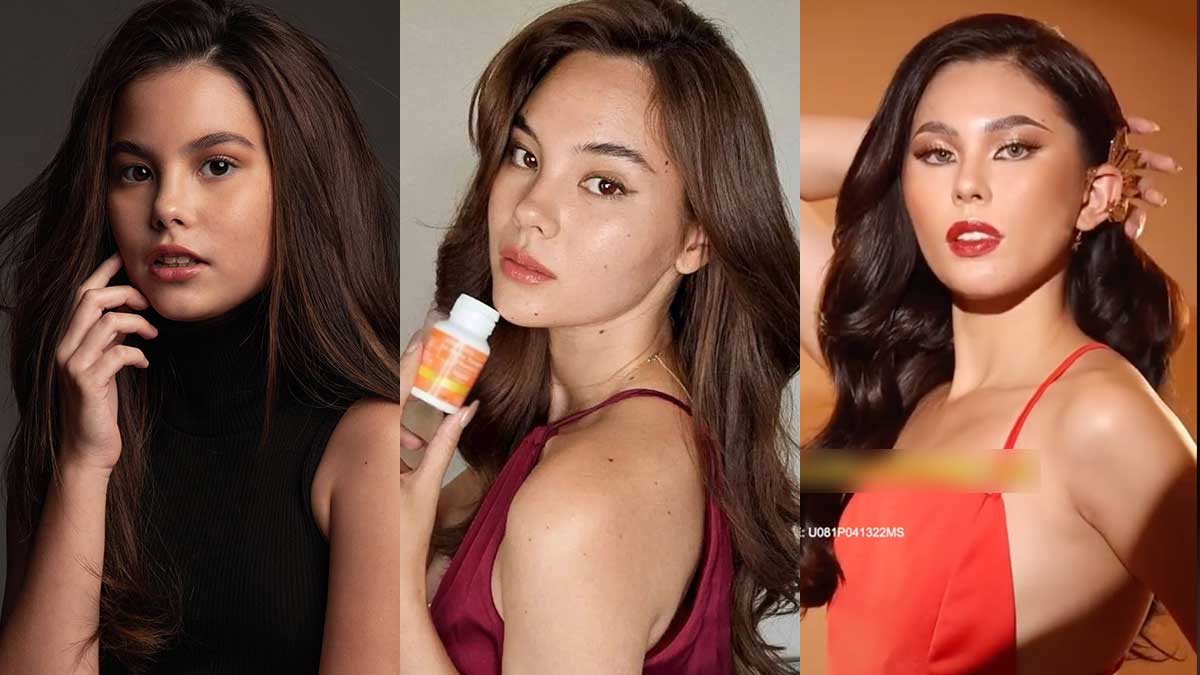 TV contests about impersonation are a hit with international and local audiences.

It’s no surprise that celebrity doppelgangers or look-alikes have become popular fare on social media.

One of the celebrities whose look-alikes have been spotted by eagle-eyed netizens is Miss Universe 2018 Catriona Gray.

Although there can only be one Catriona Gray, netizens cited not just one doppelganger who could certainly pass as her long-lost twin, but five out there.

Check out these equally gorgeous ladies who went viral for their resemblance to the beauty queen.

Thai actress and model Urassaya Sperbund and Catriona Gray are worlds apart, but their likeness to each other is remarkably close.

Like Catriona, Urassaya, more popularly known as Yaya, is of mixed parentage.

Both of them are Eurasian—Catriona is Filipino-Australian while Yaya is Thai-Norwegian.

In an interview with GMA News, Yaya seems to be more than happy to be twinning with Catriona.

“Thank you very much. That's a huge compliment."

Yaya also gushed about the beauty queen’s beauty and intelligence.

She said, “Like I said they’re not just gorgeous women, they're also intelligent, and I think they embrace women empowerment well.”

With her long locks and gorgeous features, fans were quick to notice the 12-year-old’s resemblance to Catriona Gray.

Their similarity is also amplified by their dark brown eyes, sultry lips, and pointed nose.

Her caption read: "Did someone say pose?"

The comments section of Kendra's post was filled with dozens of heart-eyes emojis, pageant-related praises, and mentions about being the younger version of the beauty queen.

The universe has spotted an uncanny resemblance between Catriona Gray and singer-songwriter Olivia Rodrigo.

The similarity of their facial features—pointed noses and sultry pouts—have made these two equally beautiful ladies carbon copies.

In a virtual media conference, the “Driver’s License” hitmaker revealed she's been a fan of the beauty queen.

“People always say that I sort of look like her which is insane ’cause she’s literally like the most beautiful person I’ve ever seen.

She added, “She has such a beautiful voice! Sometimes I like listen to her songs and stuff. And I think she’s just obviously stunning, and such an incredible person. I love watching her.”

Catriona saw the video clip and shared it in her Instagram stories with the caption: “Whuuuut. Hi @oliviarodrigo.”

In a separate interview with TV Patrol, the beauty queen said she was flattered by the singer’s praises.

Catriona said, "I was super fangirling. I was just so shocked that. It was super cool to see her talking about me and then she even mentioned my music pa,” she shared.

Another look-alike is TikTok content creator Bridgette Taduran Macauyam, who is also a Bicolana.

Currently, Bridgette has more than 118,000 followers and 1 million likes on TikTok.

TikTok content creator has set the Internet abuzz after transforming as Miss Universe 2018 Catriona Gray in her makeup transformation video.

She did the same for a brand campaign on TikTok.

Catriona herself saw a repost of Lenie's videos on Instagram and remarked, “Galing!”