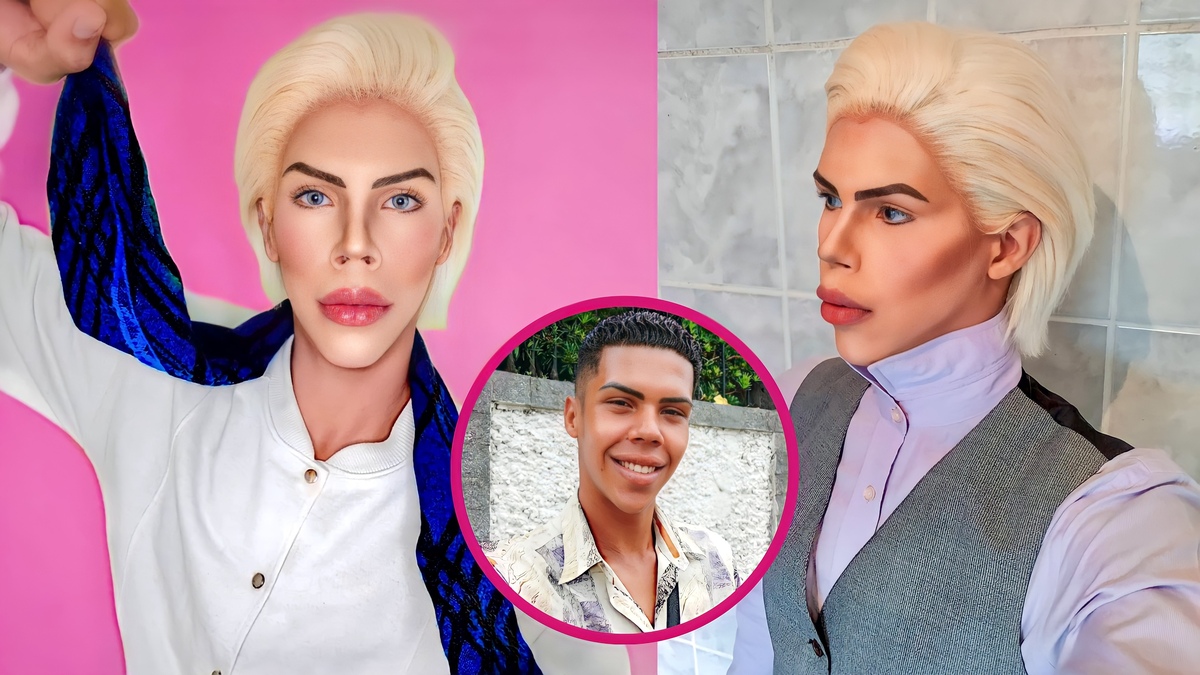 The popularity of the Barbie doll has spawned thousands of human impersonators over the years.

And when Barbie comes alive, expect her equally famous partner, Ken, to come out larger-than-life just as well.

Several 'Human Ken' personalities have gotten their fair share of the limelight over the years.

One of them is Felipe Maximo Dias de Oliveira, who roleplayed the character for almost four years.

The 18-year-old Brazilian makeup enthusiast told The Sun, the British tabloid, that he used to spend four hours just to nail the look of Barbie's boyfriend.

Felipe even considered getting 42 surgical operations just to transform into the ultimate Ken doll for the rest of his life.

Consumed by his longtime obsession, he soon reached a turning point where he almost resorted to self-harm, but came to his senses.

"I realised that the operations wouldn’t make me happy and the only way to feel better was to love myself.

"I feel free and blessed for not getting plastic surgery, it feels like I've got a second chance at life and have woken up to what is really important," he confessed.

Felipe opened up about what encouraged him to pursue his journey of identifying with the famous plastic doll.

He narrated, "I was always described as a very ugly child, even by my own mother, and at school was bullied for being little. They threw papers balls at me and even balanced a rubbish bin over the top of a door so it fell on my head.

"I felt lost and abandoned and because I grew up without a father, I became more and more inspired by the Ken doll and hid behind his identity."

When he turned 14, Felipe started to dress up and look like his doll alter ego, which he achieved after four hours of applying makeup every day.

He continued, "When I started doing it, I felt beautiful and empowered and also attractive to people, which was a big change from how depressed and abandoned I felt.

"My family supported my dream at the time because they saw that I was happy and content with all that, they never tried to stop me."

Despite the media attention and Instagram fame, Felipe said it didn't take long before hate comments started flooding his posts as well.

"When people started calling me a freak and a demon, I felt ashamed, helpless and lost like I did when I was younger," he shared.

"But the comments made me realise love cannot be bought or earned, it's deserved and if we don't love ourselves no one else will."

The 18-year-old Instagram star stated that his religion was a big part of his support system, and that it was responsible for the courage he mustered to embrace himself as he is now.

"I would suggest trying to self-assess yourself before going to a medical appointment and try to work out what is leading you to want to change your body.

"When I hit rock bottom I started pulling the hair from my hands and slapping myself in the face, I was suicidal and didn't want to live."

"I stopped for a moment and heard a sweet voice that I believe was God, I realised that I needed to love myself the way I am," he affirmed.

Despite his deep realizations, Felipe holds no regrets about what he went through.

He admitted, "I can't deny that dressing like a doll empowered me at that time and I have no regrets because it helped me to learn to love myself.

"I identify with Ken a lot, he has good and healthy male habits like taking care of himself, working out and looking after his appearance.

"Now I'm working in construction and I am well accepted there, I have never been to the building site dressed as Ken and never will, I don't need to anymore."