Julie Anne San Jose doesn't want to be boxed in: "I really wanted to carve out my own future."

The multihyphenate Julie Anne acts, sings, and writes her own music. Now she wants to take on bigger roles.
Dec 11, 2017
CREATED WITH CREAM SILK 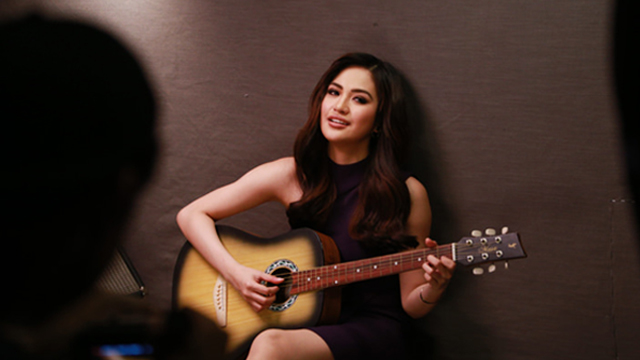 At only 23, Julie Anne San Jose has already made a name for herself, but she doesn't want to be boxed in. The triple-platinum artist wants to keep transforming herself, and she's doing so one venture at a time.

For starters, even if she can already play several musical instruments (piano, violin, drums, guitar, and ukulele), she still aspires to learn more instruments, particularly the saxophone.

She successfully juggled her showbiz career with higher education. Last year, Julie Anne graduated from college with a degree in communication arts.

But she's not stopping there. She mentioned in an interview that she'd eventually like to pursue a master's degree.

She also shared in the same interview some of her career plans: "I'm looking forward to making more music and doing more acting projects.

Julie Anne plans to take on bigger roles not just on-screen but in real life. Watch this video to hear from the multihyphenate herself:

Julie Anne has found the #PowerToTransform by breaking free and taking control of her own future.

She also proves that in order to transform, you must make your own choices and explore your capabilities.

Julie Anne epitomizes the modern Filipina: brave enough to take chances and challenging herself to change for the better.

This article was created by Summit Storylabs in partnership with CREAM SILK.
Shop the items in this story!
Website
https://goo.gl/Jdeirp