"Kaya ko ba 'to?" What made Kathryn Bernardo ask this question despite her success and self-confidence? 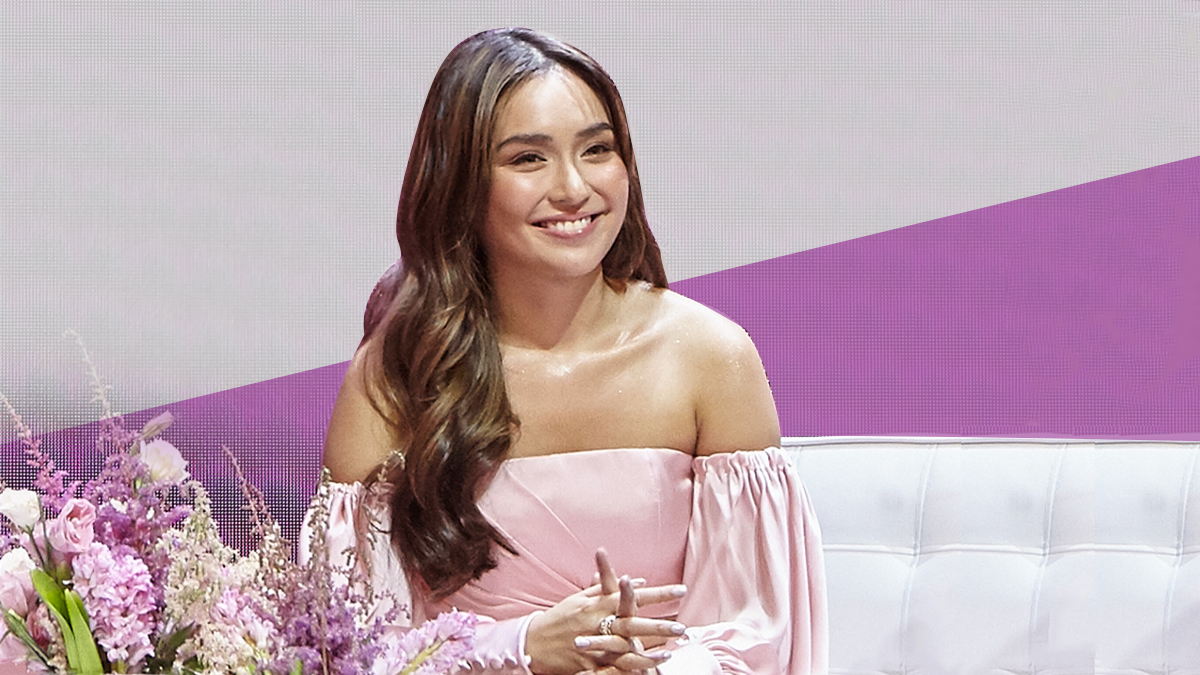 Kathryn Bernardo is one of the most popular and successful stars of her generation. It would be easy to assume that a celebrity of her stature would have no issues with self-esteem, but Kathryn’s success story wasn’t always smooth sailing.

A recent study reveals that 96 percent of Filipinas say they’ve experienced self-doubt, which at some point, prevented them from achieving their goals. Just like these women, the 23-year-old Kapamilya actress also had periods of uncertainty, and struggled with her confidence.

Kathryn, along with some of the country’s brightest stars—Heart Evangelista, Nadine Lustre, Gabbi Garcia, and Ylona Garcia—opened up about her most recent struggles in the industry and how she overcame them. The five celebrities headlined the Pond’s Women Speak event, which was held at Maybank Performing Arts Theater on September 4.

At one point in her life, Kathryn asked herself, “Kaya ko ba ‘to?”

The question came when she was about to decide whether she would take on the lead role in a recent romance-drama movie. It was her fear of making mistakes and fear of rejection, which made her second-guess herself.

She admitted to being afraid to take the leap and step out of her comfort zone, especially since she would be doing it without her reel-turned-real-life partner.

At the forum, Kathryn said, “It was really hard for me, because just like any other actor, I was scared. I’m scared to fail. I’m scared to not meet their expectations. And this project is all about my firsts—first team up with another partner, first project without DJ [Daniel Padilla]. So yes, it was a struggle for me.”

In an interview after the event, the actress expressed how she valued the thoughts of her fans and the people around her when it comes to her career: “I’ve been part of a love team for eight years, and ang laki-laki ng utang na loob ko sa fandom na yun.”

Kathryn said the root of her fears were childhood insecurities.

“Just like everybody, I have my own fears—and lahat tayo may kanya-kanyang fears,” she said. “Siguro when I was a kid, I had a lot of insecurities. I always question myself.”

Kathryn eventually overcame these struggles by embracing the changes in her life, and opening her doors to new possibilities. She used her doubts, worries, and anxieties to push herself to achieve greater things.

With this in mind, Kathryn took on one of the most challenging roles she has ever portrayed in her career, and this decision was definitely worth it. A month after her movie hit the silver screen, Kathryn became the only lead actress to have surpassed the PHP800 million box-office sales mark, with people hailing her as the "Queen of Record-Breaking Movies."

Kathryn is very grateful for the overwhelming support she received from everyone around her, including her management, her on-screen partner, the film’s production team, and her family and loved ones.

“They are all part of this success. And hindi ko ‘to magagawang mag-isa. So lahat ng mga tao, parte sila nito,” she said.

With her latest feat, Kathryn could not ask for more. “Ang cliché sabihin, but I swear, I’m very happy now. And kahit anong mangyari ngayon, I’m very content with everything that’s happening,” she said.

More than anything, Kathryn hopes her story would also inspire other women who also experience self-doubt. “Pond’s has this vision to empower women through their stories, through our stories, kaming mga Pond’s Girls. I’m just really honored that I can share my story now to the other girls out there and empower them,” she said.

Like Kathryn, it's time for you to face your hesitations and #SeeWhatHappens. Find out how you can conquer self-doubt and reveal your beautiful self with Pond’s. Follow Pond’s on Facebook to know more.

This article was created by Summit Storylabs in partnership with POND'S.
Shop the items in this story!
About POND'S
Pond’s is a brand that offers the latest in face care innovation through revolutionary lines of beauty products made specifically for Asian women.