The actress says it's perfect for women like her who have busy schedules.
Aug 9, 2018
CREATED WITH NIVEA 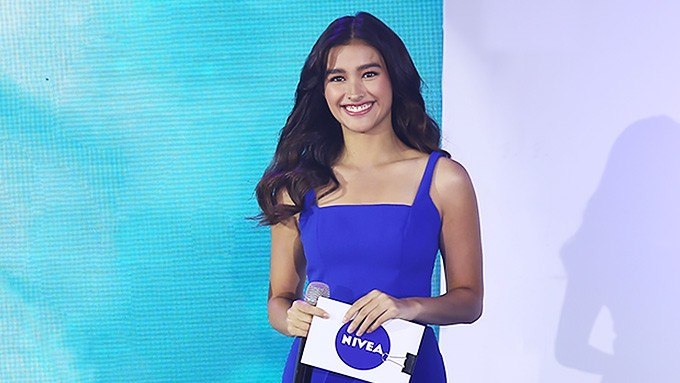 Life is good for Liza Soberano. It's been a quick ascent for the young actress, who has gone from strength to strength ever since she burst onto the showbiz scene a few years ago. The standout star has firmly secured a spot on our list of top beauty muses—YES! magazine named Liza the "Most Beautiful Star" in 2018.

Liza, however, is more than just a pretty face. She's one of the busiest actresses in the industry, with plum roles on both network TV and the big screen. The Bagani star and the next Darna is also the darling of the endorsement circuit—her face a mainstay in many a billboard and TV commercial. The young actress is even embarking on a new chapter in her life by going back to school.

While her life may be crazy, one thing is constant: Liza always flaunts radiant, flawless skin, which is why she's been chosen as the first and newest ambassador of NIVEA Face in the Philippines.

In a quick interview during the launch, Liza reveals that she has a refreshingly simple approach to skincare that others can copy.

Foremost of all, Liza conscientiously cleans her face before and after using makeup: "You want to make sure that your skin is as clean as possible before doing makeup. That way, you don't cover up any dirt that's already in your pores. And after, of course, you wanna get rid of [the makeup] just to allow your face to rest and breathe through the night when you're sleeping."

These days, the young star credits her picture-perfect skin to a few of NIVEA's hard-working and budget-friendly products, namely the new NIVEA MicellAIR Cleanser 0% Alcohol (P99 for 125ml and P169 for 200ml), which cleanses the skin of dirt and hard-to-remove makeup without stripping moisture. "I use the MicellAIR cleanser when I wake up, especially if I don't want to wash my face with a cleanser, because I find that you don't really need a facial wash after," she says.

At night, "especially after a long day of wearing makeup," Liza pairs the MicellAIR cleanser with NIVEA Whip Foam 0% Alcohol (P99 for 50ml and P169 for 100ml), a thick and creamy foaming facial wash that helps nourish and moisturize the skin while cleansing it.

These two new products were recently launched at a glamorous event attended by the country's beauty media, bloggers, and influencers. Apart from touting the benefits of both cleansers, NIVEA executives and Liza revealed how alcohol can wreak havoc on your skin and why it's important for you to change the way you cleanse and "go zero alcohol."

Follow Liza's lead and #ChangeTheWayYouCleanse by going for alcohol-free skincare products such as NIVEA MicellAIR Cleanser 0% Alcohol and NIVEA Whip Foam 0% Alcohol. Share your new cleansing experience with NIVEA by using the hashtags #NIVEAPH and #GoZeroAlcohol.

This article was created by Summit Storylabs in partnership with NIVEA.
Shop the items in this story!