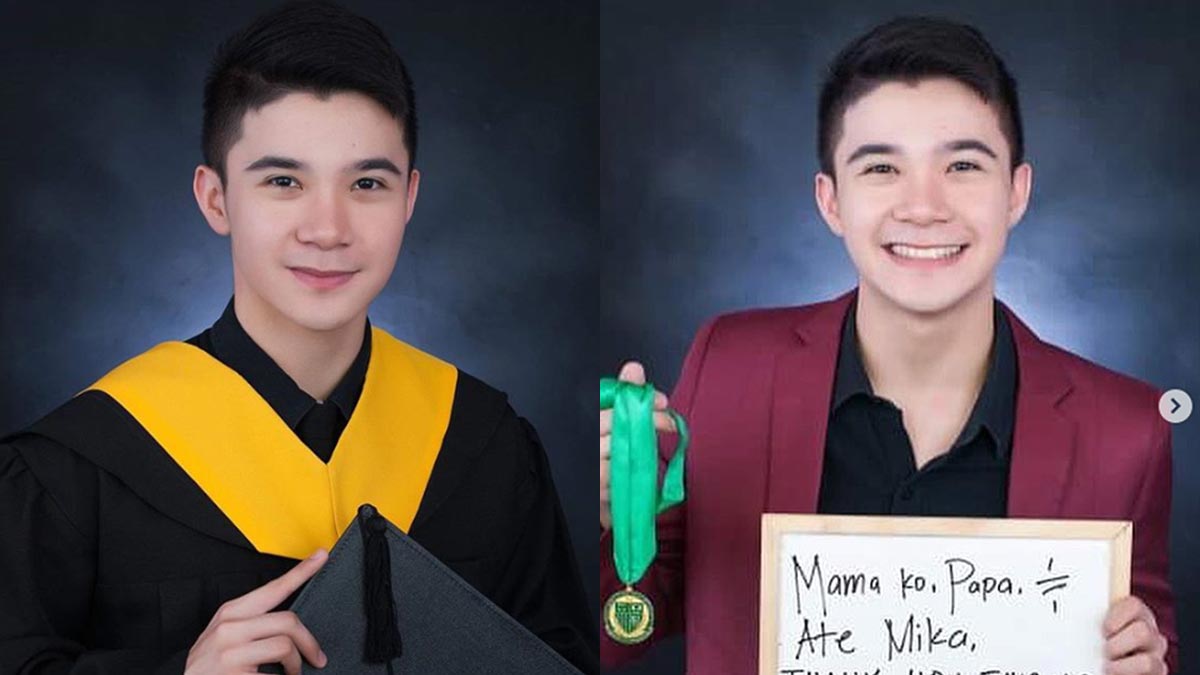 The 20-year-old Kapuso actor shared the good news on his Instagram account on Saturday, March 16, along with his graduation photos.

His caption was a lengthy note, which included his parents' constant reminder to him.

Renz added that he used this as a motivation to do well in school even if he was also busy with his showbiz career. Currently, Renz is part of the afternoon series Inagaw Na Bituin.

"If only you guys knew. Pero I won't let that stop me from achieving the things that the Lord has for me."

Toward the end of his post, Renz dedicated his latest achievement to his parents, his sister Mika, and his girlfriend Jo-Anne Mingo.

He concluded, "To my friends, my relatives, my mentors... thank you.

"A chapter has ended. Here's to many more to come. Moving forward."

Renz has always been an achiever.

In October 2017, he posted a photo of his grades for the first semester of his third year in college.

He received the highest grades in all of his eight subjects.

In 2015, he graduated from high school and received five academic recognitions.