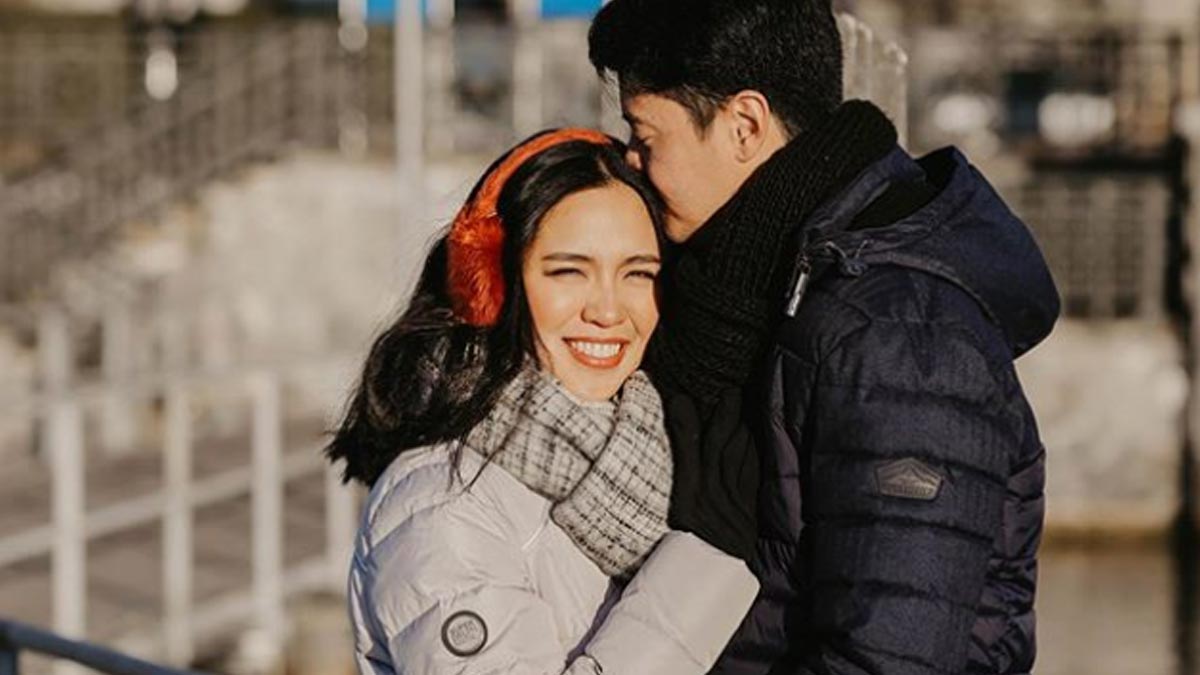 Aicelle and Mark picked the stunning view of Zurich, Switzerland's Old Town as the backdrop for their prenup shoot.

Mark flew to Switzerland last December 27 to welcome the new year with his fiancée.

Aside from Old Town, some of the tourist spots the couple visited together were the Matterhorn, the tenth highest mountain in Switzerland, and The Rhine Falls, which is the largest waterfalls in Europe.

Aicelle is back for good in the Philippines after her successful stint as Gigi in the West End production of Miss Saigon.

One of the things she will be busy with in the next coming weeks is their wedding planning.

According to Aicelle and Mark, it will be held during the latter part of the year.

Aicelle narrated, "We just had it yesterday, our first meeting. So far, so good."

Mark, however, noted that they still have a lot of pending items on their checklist.

He told PEP.ph, "A lot of things has to be planned pa. Matagal pa naman siya.

"So we're just ironing out small details to begin with."

Aicelle, for her part, said, "Chill lang kami kasi we have friends who are really helping us."

Will Aicelle be a "bridezilla"?

The couple wants their wedding to be simple and private.

Asked who between the two of them is more hands on when it comes to planning, Aicelle answered, "Parang pareho kami, we always consult each other."

"It's our wedding so we have to make sure that both of us are contented with that part of the wedding na pinaplano."