These celebrity ex-couples are together on Christmas day 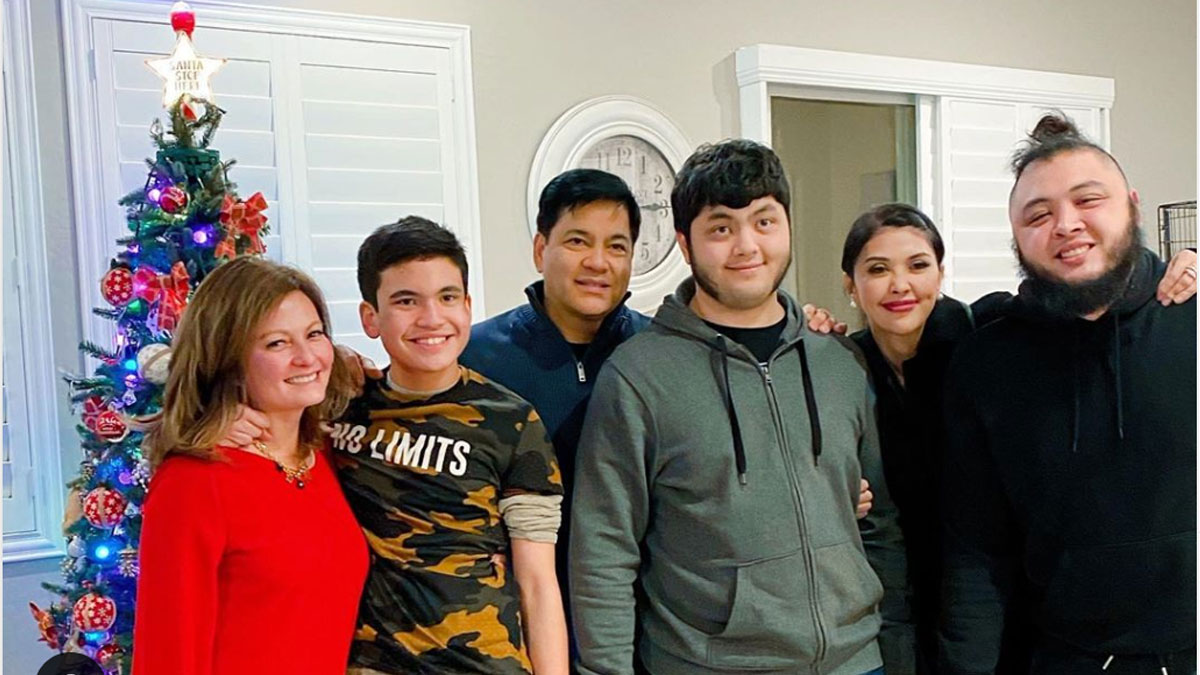 Martin Nievera (3rd from L) with his "modern family"--Katrina Ojeda (L), the mom of Santino (2nd from L), and ex-wife Pops Fernandez (2nd from R), the mom of Ram (3rd from R) and Robin (R)
PHOTO/S: @popsfernandezofficial on Instagram

Christmas is the best time for family reunions, and this year, it has gathered some ex-couples in showbiz.

Nope, they did not get back together. But on special occasions, such as the noche buena, they reunite and become a complete family again.

Pops Fernandez and Martin Nievera, whose 14-year marriage was annulled in 2000, were together on Christmas eve with their children Ram and Robin, and Martin's son Santino.

Look, even Santino's mom Katrina Ojeda came to their celebration.

Martin was happy about his "modern family."

After their shows in the U.S., Pops and Martin are en route to Manila, where they will perform at Solaire Casino and Resort's New Year countdown.

It has been a tradition for Ogie Alcasid and Regine Velasquez to spend the holidays in Australia, where Ogie's ex-wife Michelle van Eimeren resides with husband Mark Morrow.

Hayden Kho Jr. said in his Instagram post that his family "spent Christmas Eve in the plane."

He continued, "...but that's fine because my wife and daughter are with me, as well as @scarletsnowbelo's second dad, the stylish Papa @atomhenares plus her fabulous [Ninong] @thejojieworld."