The burning question during Rodjun Cruz and Dianne Medina's wedding 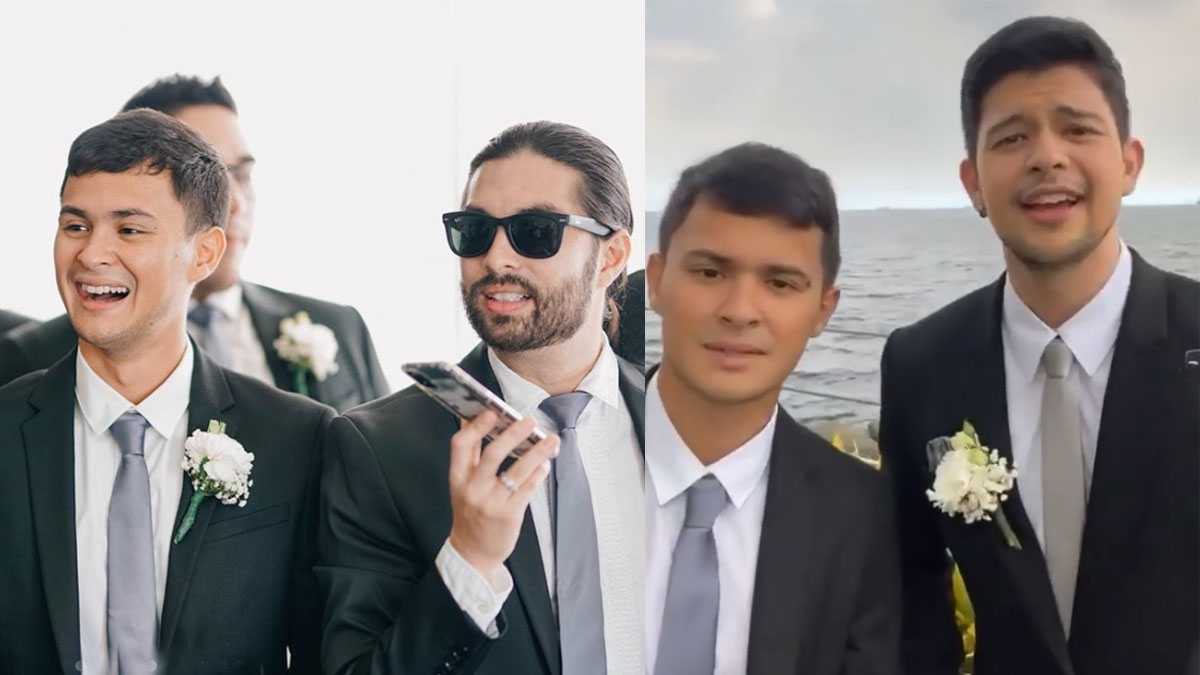 Rodjun Cruz and Dianne Medina's wedding gathered a number of Kapamilya and Kapuso stars under one roof.

GMA-7's prized star Alden Richards, who was one of the groomsmen, was paired with former beauty queen Maxine Medina, one of the bridesmaids.

Here, Alden was photographed with Alex Gonzaga (R), Maxine, and Joross Gamboa, who was his co-star in the blockbuster film Hello, Love, Goodbye.

Joross had a field day taking videos of the guests, teasing the bachelors with the burning question: "Who's next?"

In another video, he said, referring to Matteo Guidicelli, "Ito ang next one,"

Matteo's engagement to Sarah Geronimo was confirmed in November 2019.

Rayver Cruz agreed, "Next in line."

Upon seeing Rayver with his girlfriend Janine Gutierrez, Joross pulled EA Guzman to his side and asked, "EA, sa tingin mo, sino kaya ang next?"

The rumored couple, who were inseparable that evening, just laughed.