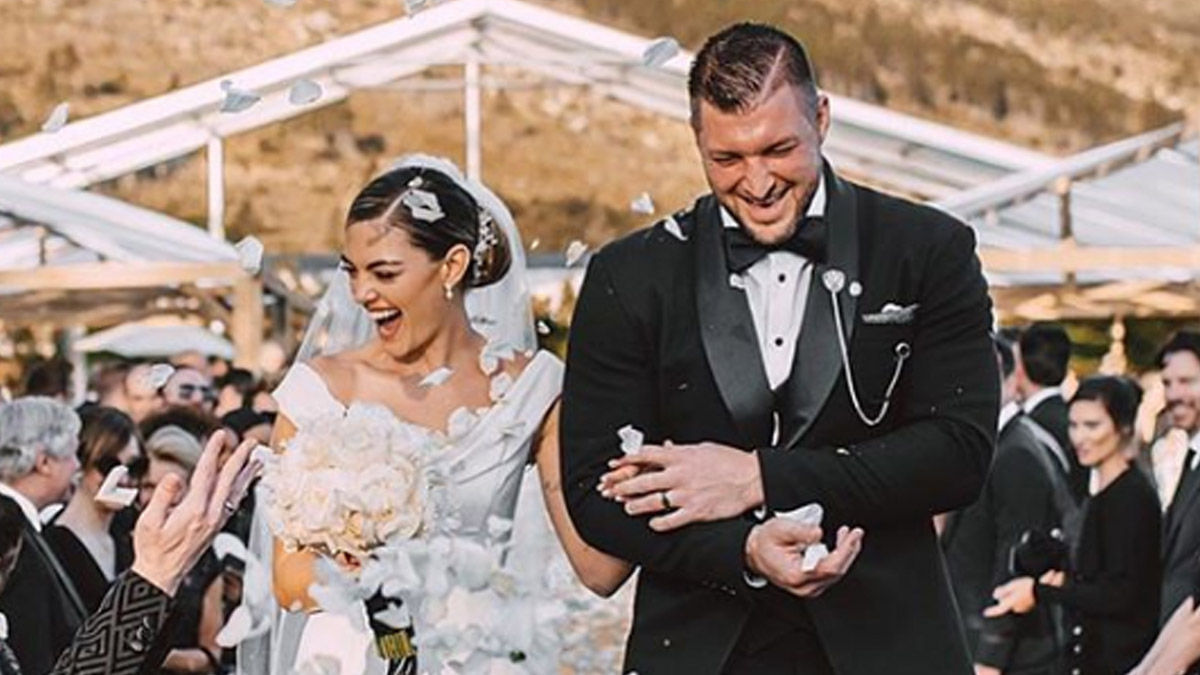 On Sunday, January 19, Demi-Leigh and Tim exchanged wedding vows in an intimate ceremony with over 250 guests at the La Paris Estate in Cape Town, South Africa.

On Instagram, Demi-Leigh posted a photo, which was taken by South Africa-based wedding and fashion photographer Hanri Human.

For his part, Tim uploaded one of his favorite photos from the wedding and simply wrote "Forever" in his caption.

According to People, the South African model-turned-beauty queen looked at approximately 50 dresses before finally deciding on her bridal gown.

She told the entertainment magazine, "I was all over Pinterest. I wanted to find something sleek and elegant and timeless."

Tim, on the other hand, wore a tuxedo tailored by the South African fashion designer Gert-Johan Coetzee.

The couple had a wedding ceremony that merged American and South African traditions. Their color motifs were white, gold, green, and black.

Demi-Leigh explained to People, "We’re both very traditional. We wanted to look back at the wedding and see that it was intimate, elegant, and traditional.

"We definitely wanted it to be something that we could look back on and know that nothing was dated. We want to remember this day for the rest of our lives."

Demi-Leigh and Tim got engaged on January 9, 2019, at his family farm in Jacksonville, Florida.

Demi-Leigh won the Miss Universe title in 2017. In December 2018, she passed on the crown to her successor Catriona Gray.

Tim was born in the Philippines, where his Christian Baptist parents served as missionaries. He has done numerous charities, the most notable of which was the construction of the Tebow CURE Hospital in Davao City.