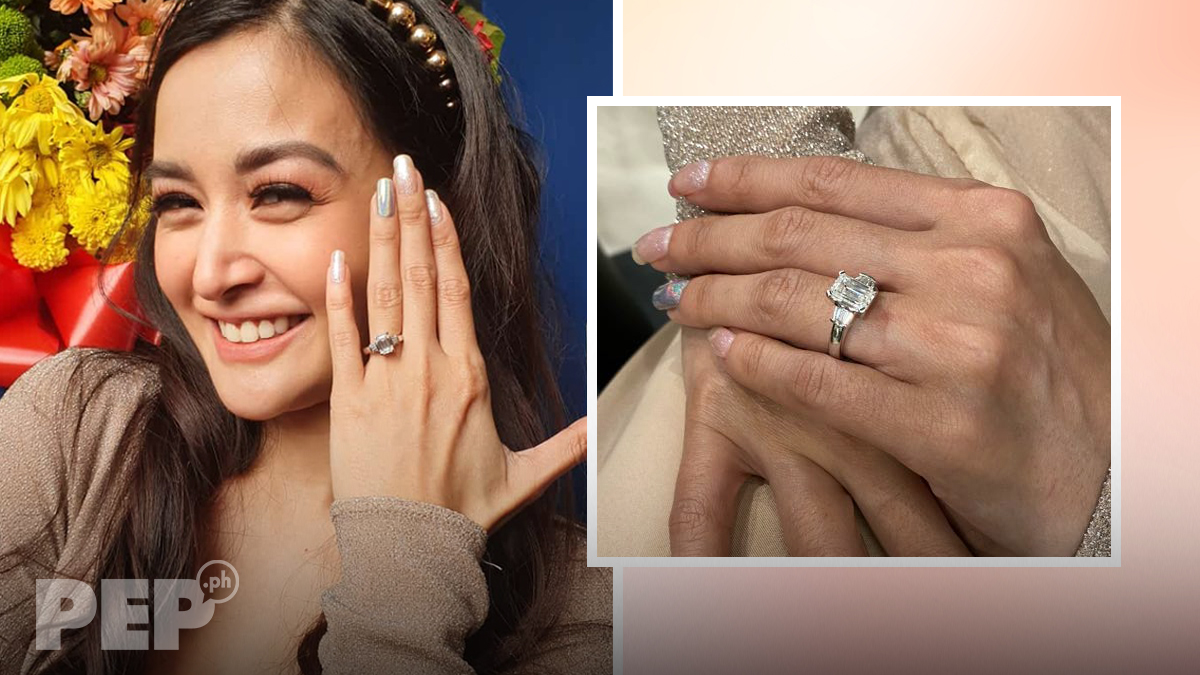 Kris Bernal shows off her engagement ring, an emerald-cut diamond with tapered baguette side diamond in a platinum band.
PHOTO/S: Nikko Tuazon

Kris Bernal had the biggest surprise of her life when her boyfriend of three years, Perry Choi, finally popped the question on February 6, Thursday.

The Kapuso actress had planned a surprise birthday bash for her non-showbiz boyfriend only to be the one who ended up most suprised of all. 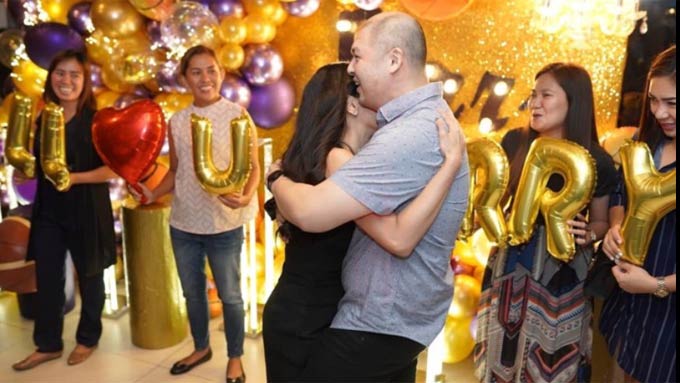 PEP.ph (Philippine Entertainment Portal) and other members of the press got an up-close look at Kris' engagement ring on Thursday, February 13, at the opening of her Korean barbecue grill business called House of Gogi.

In an interview after the restaurant's opening ceremony, Perry told the press that he bought the ring months before he proposed to Kris. 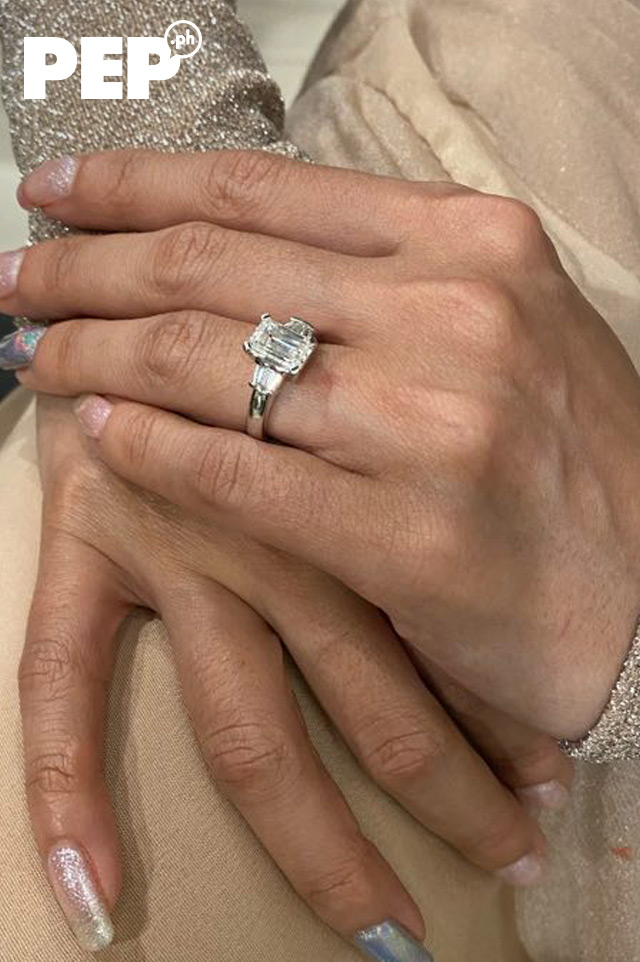 The 30-year-old Kapuso talent said she didn't know how much the ring had cost Perry.

Looking at it closely, PEP.ph estimates a ring of that size would be at least PHP500,000.

Asked if she sensed something was afoot while preparing for Perry's birthday bash.

Kris admitted that she didn't say yes immediately since she wanted to consult with her mother first.

But then, Perry was already one step ahead of her—he had asked her parents' approval first before asking Kris to marry him.

Perry clarified, "A month or two months ahead."

Perry confirmed he and Kris have been talking about settling down.

Kris, however, clarified that they are yet to talk about having a family after their wedding.

Kris and Perry have been dating since 2017. She met Perry in 2016, who was a supplier for her previous burger business called Meat Kris.