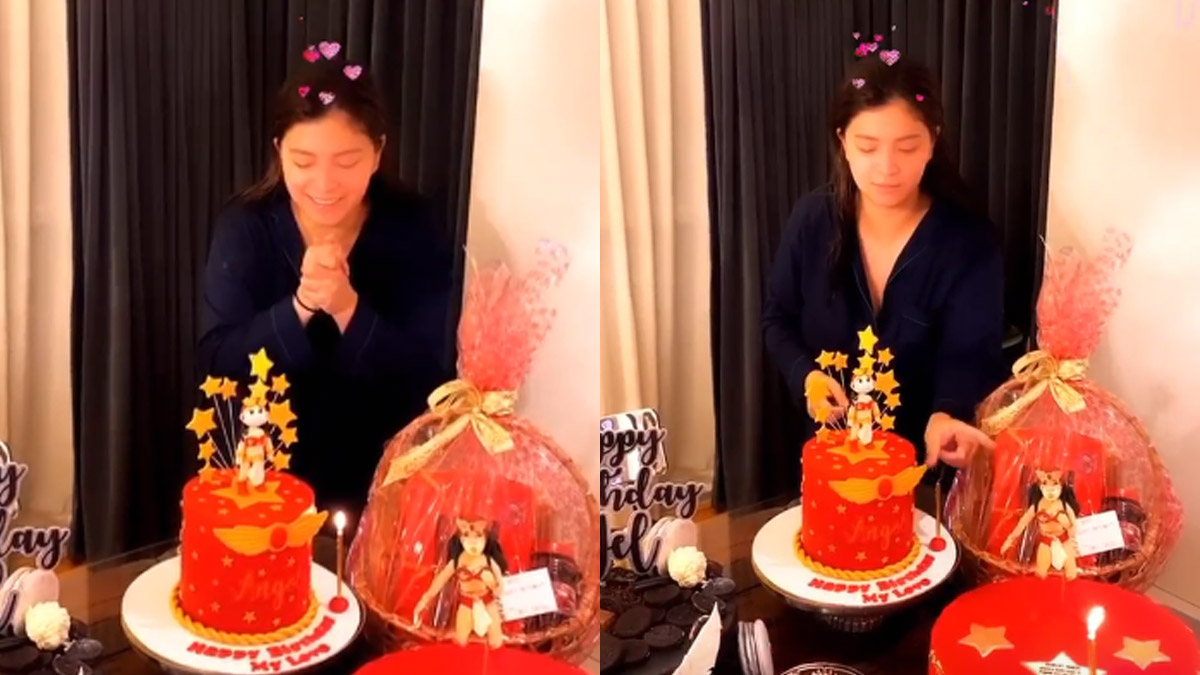 To mark the occasion, her fiancé Neil Arce organized an intimate surprise party on the eve of her birthday.

The Kapamilya actress took to Instagram early today with a compilation video of Neil's birthday surprise.

In the video, Angel can be heard saying that she found out about her fiancé's surprise 30 minutes before it was carried out.

The General's Daughter actress even had time to arrange the table while waiting for Neil in the dining area.

Angel revealed that both Neil and her dad Angelo Colmenares bought her Darna-themed cakes.

Toward the end of the video, Angel did not forget thanking her fans and some friends for sending their gifts. She also made a wish.

Meanwhile, the comments section of her post overflowed with greetings from the birthday girl's celebrity friends

Among the first was Marian Rivera, who also portrayed the role of Darna.

Over the last few weeks, Angel had been busy with her fundraising and charity projects.

Angel and Neil got engaged in June 2019. The couple first confirmed their relationship in February 2018.